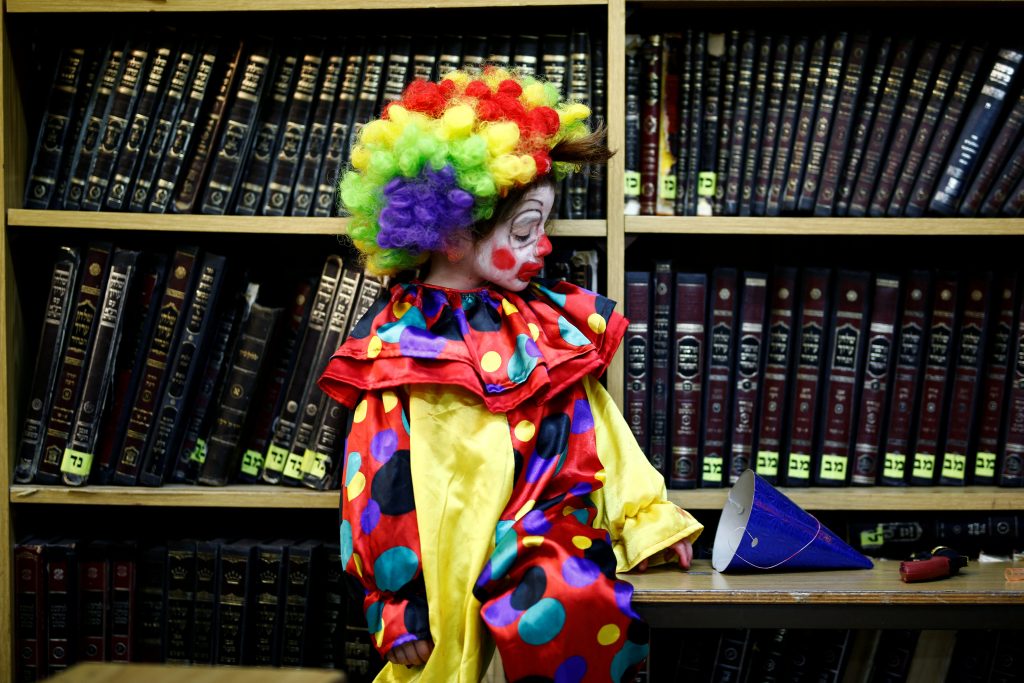 The Health Ministry is preparing for the upcoming Purim – which is in just three weeks time – and for this purpose a draft was presented to the mayors of chareidi cities that outlines what Purim will look like. According to the draft, tefillos and gatherings will be allowed in closed areas depending on the nature of the activity, but dancing would be banned and instead of mass celebrations, “music trucks” would make the rounds on the streets.

It was also stated in the outline that due to logistical problems, those vaccinated will not be given priority at events. This is according to the report Thursday by Yisrael Hayom.

For the first time since the summer months, the Health Ministry apparently intends to approve relatively large gatherings on Purim, especially in open spaces, with the understanding that it is impossible to completely prevent the festivities, while at the same time reducing morbidity while celebrating Purim.

According to the report, in closed discussions held Wednesday with chareidi mayors, they were presented with a draft of what they intend to approve and ban this coming Purim – including a total ban on dancing, having the seudah with the nuclear family only, along with large and allowed events, especially in the open. It should be emphasized, however, that decisions require government approval and can vary depending on morbidity and immunization.

According to the outline, which is still subject to change, it is more likely to allow events, including tefillos and megillah reading, even indoors, with the decision on the size of the gathering dependent on the traffic light quotas, assuming they will not be green by Purim. In addition, the Health Ministry has divided the activities into two categories – high-risk and low-risk.

Low-risk activity is a sitting-only activity, with masks, but without food. In such cases, it is better to gather in a closed place, with up to 30% of the space occupied, and limited to a maximum of 50 people. In a more open area, people can gather at an occupancy of up to 50%, with up to 200 people.

A high-risk activity is an event with an open entrance, with food, and when the activity is in motion and not in a sitting position, such as a shtiebelech-style shul or a schoolyard. Because food is involved, the point is that the high-risk activity is also without masks. According to the draft, in such a case, 20% occupancy will be allowed, with up to 25 people in a closed place, while in an open space, 40% occupancy will be allowed, with a maximum of 50 people.