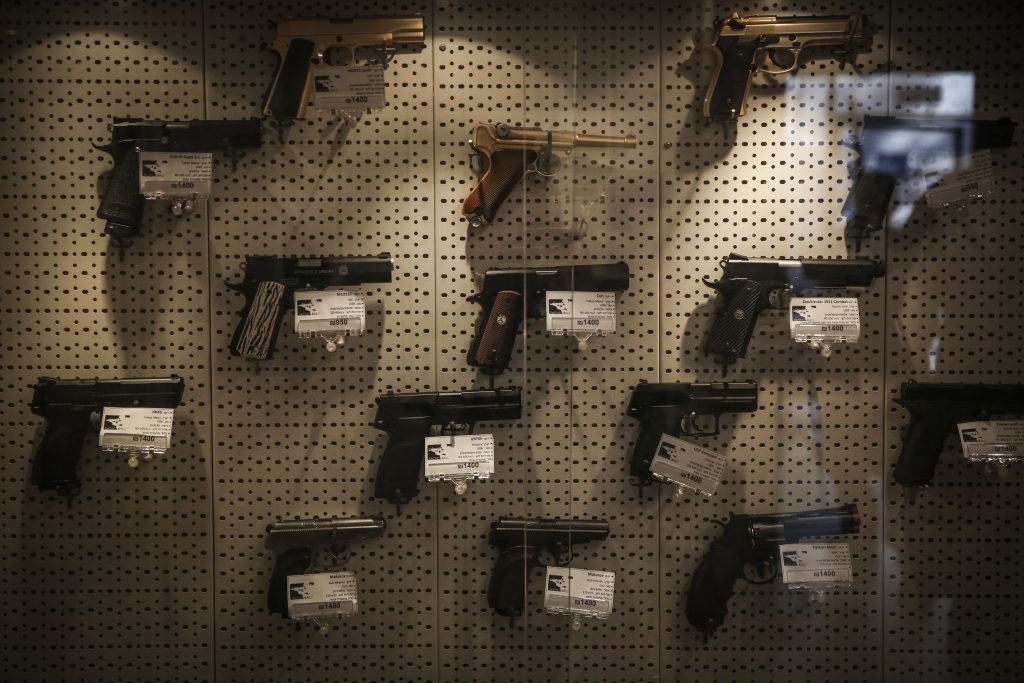 The Shin Bet (Israeli Security Agency/ISA), in cooperation with the Israel Police, has arrested three Israeli citizens and three residents of Chevron on suspicion of trafficking in airsoft guns and parts in Yehuda and Shomron in order to convert them to potentially lethal arms.

The investigation centered on Yuri Shaulov, a resident of Sderot, who deals in airsoft guns in his store. Over the past two years, Shaulov also trafficked in airsoft guns and parts with Muhammad Abu Hiya, a Chevron weapons dealer who sold the same guns and parts he bought from Shaulov to various elements who converted them to firing weapons.

The ISA investigation revealed that Shaulov trafficked in airsoft guns even though he was aware that it was forbidden by law to sell them within Yehuda and Shomron, and that the weapons he sold were due to be converted into proper weapons.

In order to carry out his transactions with Abu Hiya, Shaulov was assisted by two Israeli citizens, Hassan Al-Ubra and Faris Abu Al-Kian, residents of Rahat and Hura, respectively, who acted as intermediaries between Shaulov and Abu Hiya, and carried out the physical transfer of the weaponry to the area.

The State Prosecutor (Southern District) on Wednesday filed indictments against all those involved in the affair.

In recent years there has been an alarming increase in the scope of improvised weaponry in Yehuda and Shomron that is used – inter alia – by terrorist infrastructures for attacks against Israeli civilians and IDF units. Improvised weaponry is more accessible due to its being cheaper and more available as opposed to proper weaponry. Some of these improvised weapons have been converted from airsoft guns by replacing the barrel and the assembly. The accessibility of airsoft guns, which are available in stores in Israel, has spurred the development of an industry to convert seeming toy guns into weapons that fire in every respect.

Several terrorist attacks have been carried out in recent years with converted weapons, including the October 2016 shooting near national police HQ in Yerushalayim (a woman civilian and a police officer were killed), the October 2015 murders of Rabbi Eitam and Naama Henkin, and several shooting attacks directed at IDF units in Yehuda and Shomron in the past two years.