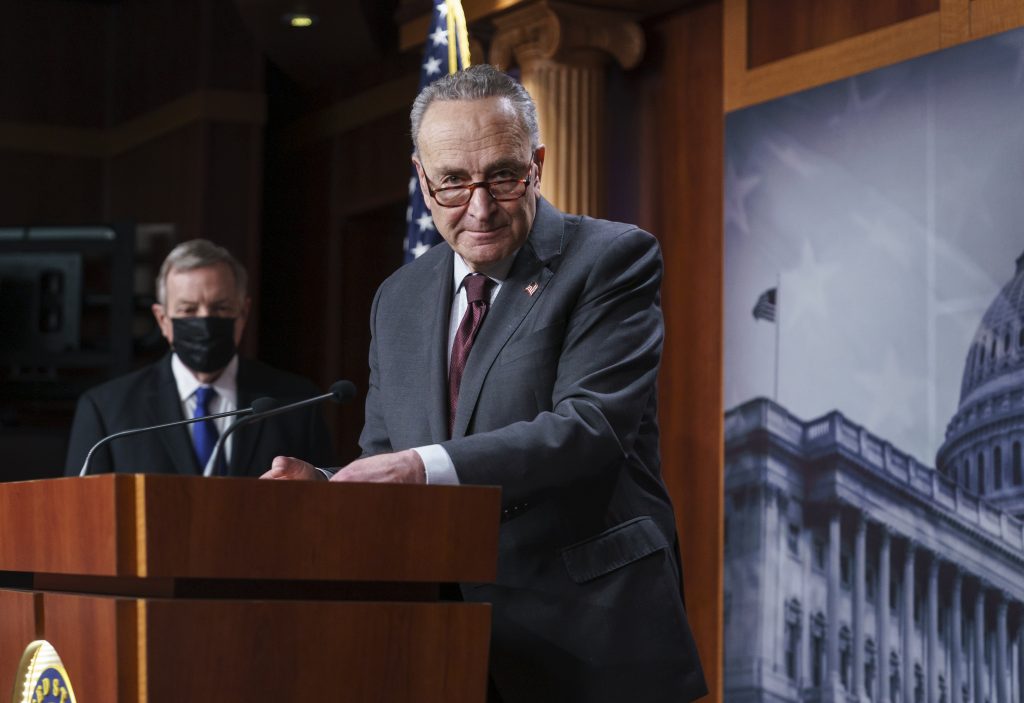 Senate Majority Leader Chuck Schumer announced an agreement Wednesday with Republicans to organize the evenly split chamber, ending a weekslong standoff that prevented the new Democratic majority from setting up some operations and soured relations at the start of the congressional session.

Schumer, D-N.Y., said that he and Senate Republican leader Mitch McConnell of Kentucky had agreed on committee ratios and other details in the 50-50 chamber, where Democrats have the slim edge because Vice President Kamala Harris is a tie-breaking vote.

Senators can now promptly “get to work, with Democrats holding the gavels,” Schumer said.

Organizing the Senate is typically a routine procedure at the start of a new Congress. But the prolonged negotiations involved a power play by McConnell as Republicans refused to relinquish control without first trying to extract concessions from Democrats that Schumer refused to give.

In particular, McConnell wanted Schumer to commit that Democrats would not end the legislative filibuster. Getting rid of that procedural tool would make it easier for the new majority to approve President Joe Biden’s agenda on a 51-vote threshold, rather than the 60 votes typically needed to advance bills.

Schumer refused to yield, but two centrist Democrats, Sens. Joe Manchin of West Virginia and Kyrsten Sinema of Arizona, had earlier announced they would prefer to keep the filibuster intact. That essentially denied Schumer the votes needed to change the rules, and McConnell dropped his demands.

The agreement, awaiting approval in a Senate vote, means Democrats can take control of the committees and set up other operations that have stalled during the standoff. Democrats hope to hold a confirmation hearing Monday for Merrick Garland, Biden’s nominee for attorney general, before the start of former President Donald Trump’s impeachment trial.

Senators “are ready to hit the ground running on the most important issues,” Schumer said.