Israel Report: Netanyahu Requested Visit to Egypt; Al-Sisi Conditioned It With Gesture to the Palestinians
Israel 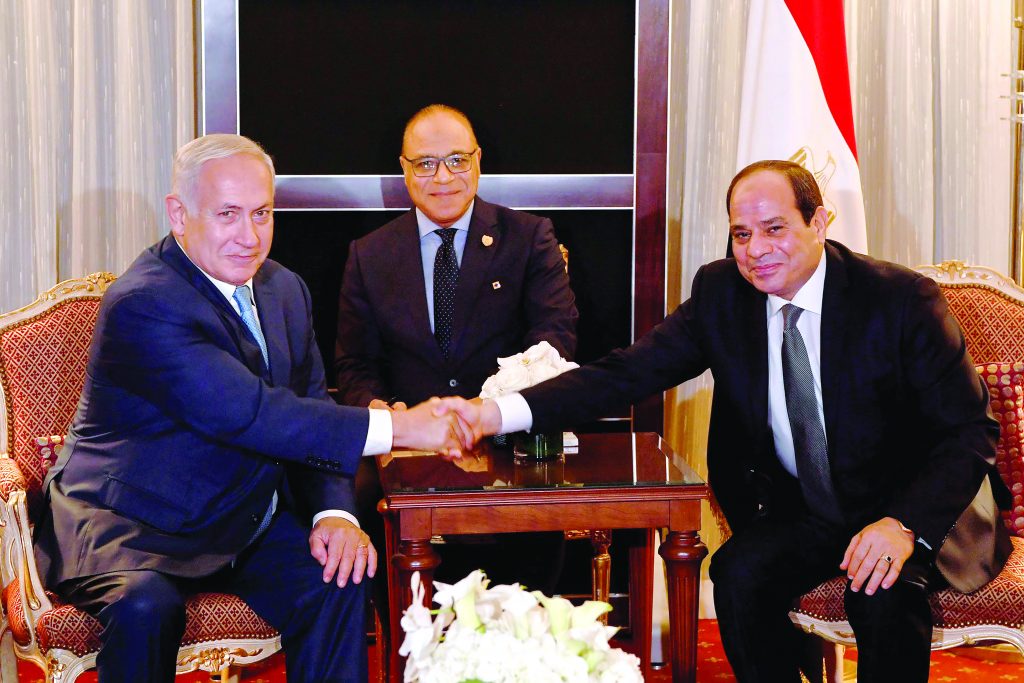 Prime Minister Binyjamin Netanyahu wants to visit Egypt before the March 23 election, but Egyptian President Abdel Fattah al-Sisi set him a condition: to present a gesture to the Palestinians, such as a declaration of commitment to a two-state solution, two Israeli sources told Walla News.

The Egyptians are very worried that their relationship with the Biden administration will start on the left foot. They are interested in restarting their involvement in the Israeli-Palestinian conflict, thereby sending a positive signal to the White House and increasing their relevance as partners in the eyes of the new president.

“President al-Sisi does not care so much about the Palestinian issue, but he knows that Netanyahu is looking for a photo-op for the election campaign and is trying to extract from it a political achievement for Egypt,” a source close to the issue said.

Netanyahu’s potential visit to Egypt has been under discussion between the parties for several months against the background of the Abraham Accords and the change of government in the United States. The last time Netanyahu publicly visited Egypt was a decade ago, when President Hosni Mubarak was still in power. Even then, these visits were to Sharm el-Sheikh and not to Cairo. Since then, Netanyahu has secretly visited Egypt several times.

Two Israeli sources involved in the matter said that Netanyahu’s request to visit Egypt was submitted about a month ago, but Egypt had second thoughts ahead of the elections in Israel. The visit was postponed, and when talks on the issue resumed, the Egyptians requested that Netanyahu make a gesture of goodwill on the Palestinian issue in the context of the visit.

One of the ideas the Egyptians came up with was for Netanyahu to make a statement before or during his visit to Egypt, in which he says is committed to a two-state solution or to make some move on the ground, Israeli sources said. According to them, Netanyahu objected to making such a statement or making any move on the Palestinian issue on the eve of the election, against the background of his attempt to mobilize as much support as he can among right-wing voters.

About two weeks ago, Egyptian intelligence chief Abbas Kamel, who is considered the closest person to President al-Sisi, visited Israel. Kamal is on a visit to Israel following a similar visit to Ramallah recently. Kamal met with senior officials in the Prime Minister’s Office, and when the issue of Netanyahu’s visit to Egypt came up again, he reiterated al-Sisi’s request. Israeli sources stated that Netanyahu still hopes to hold the visit and that efforts are being made to find a compromise formula that will allow this.

President Joe Biden sharply criticized Egypt during his election campaign, especially regarding human rights violations. The Egyptians fear that their close relationship with the U.S. administration during the Trump era will not continue during the Biden era. A re-emphasis on the Egyptian role in mediating between Israel and the Palestinians may help Egypt produce a positive agenda with the new administration in Washington – and al-Sisi has already begun to push in that direction.