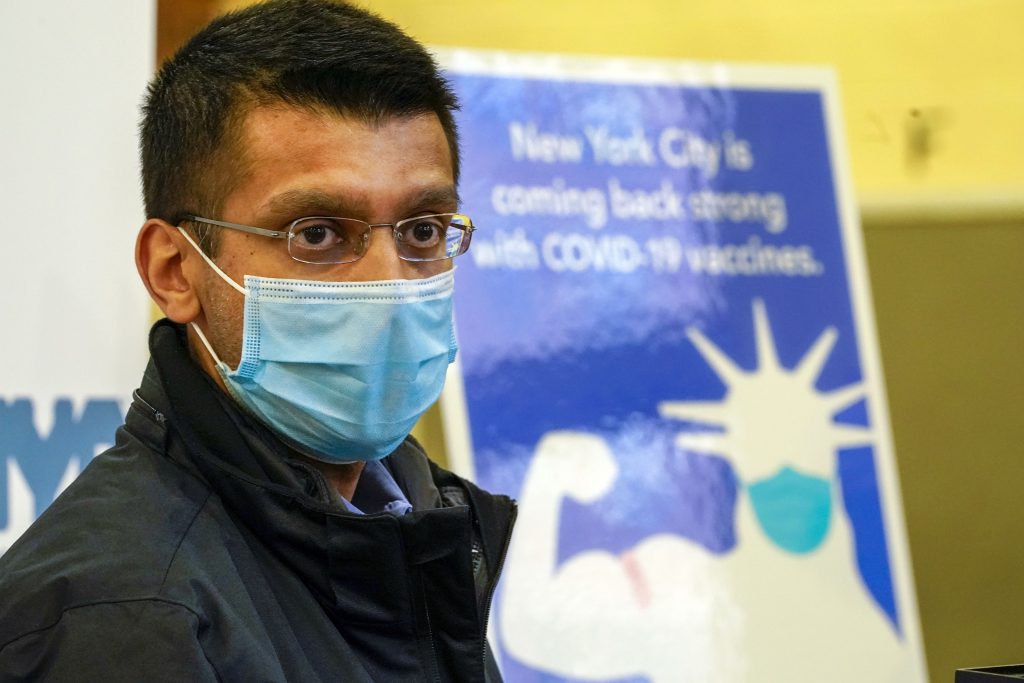 New York City’s health commissioner, the face of the city’s campaign to halt the spread of the coronavirus, announced Wednesday that he has been infected with the virus himself.

Dr. Dave Chokshi said in a statement that he recently tested positive.

“I now have mild symptoms, but they are manageable,” Chokshi said, adding that he has been in touch with city contact tracers.

Chokshi has appeared in public service announcements urging New Yorkers to follow mask-wearing and social distancing rules. He called his own diagnosis a reminder “that COVID is still with us and we all must continue to wear masks, wash our hands, socially distance and stay home if feeling ill.”

Chokshi has not been vaccinated against the virus, said Dr. Jay Varma, a senior public health adviser to City Hall. Both he and Chokshi are not yet eligible — they’re medical professionals but not working directly with patients — and have been “choosing to wait our turn in line out of respect for other people,” Varma said.

He added that Chokshi had been on a path toward inoculation, however, by volunteering at a vaccine clinic. City employees can become eligible by doing so.

The 59-year-old mayor, who also has not been vaccinated because he’s not yet eligible, said he hadn’t seen Chokshi in person for a while so didn’t believe there was an exposure risk.

De Blasio said that he has been tested for the virus weekly and that the latest result, from this weekend, was negative.

“They’re not perfect, but they work,” he said at a virtual news conference. “The real solution here is to get everyone vaccinated.”