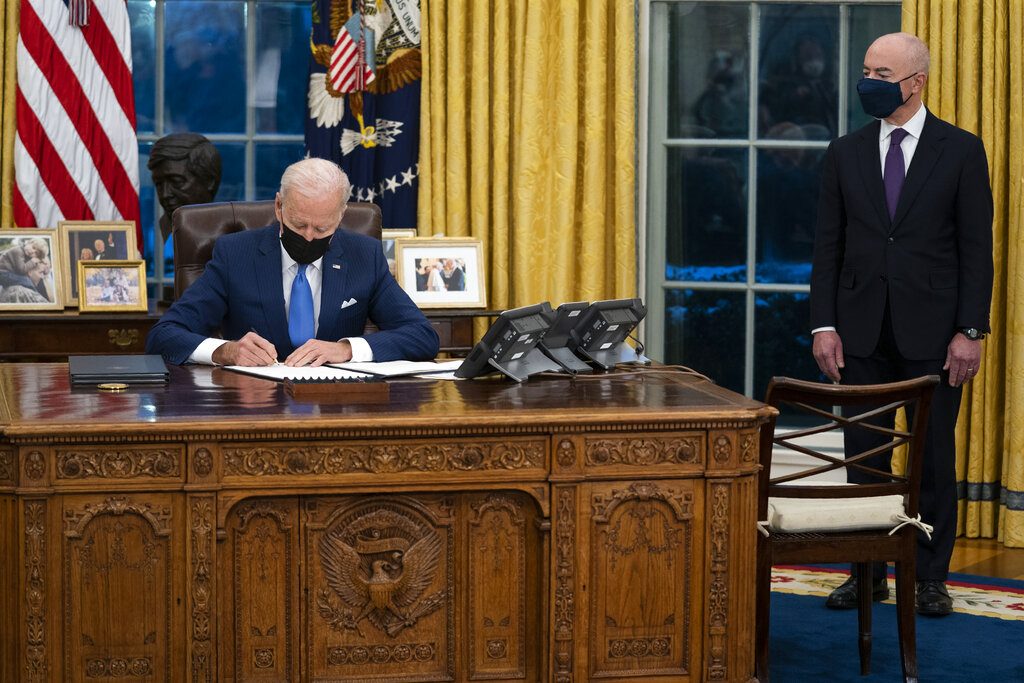 President Biden has signed several executive orders to review and likely reverse former President Trump’s immigration policies, and to address what to many was a symbol of the Trump administration’s hardline tactics: separating children and parents who arrived on the Southern border as part of a “zero tolerance” policy.

Biden has strongly condemned the separation policy, calling it a “moral and national shame,” and established an interagency task force to reunite the families.

Among other programs the Biden administration will review, but not repeal immediately, include the “stay in Mexico” policy that kept asylum seekers waiting in Mexican cities along the border, the Washington Post reported. The administration announced an immediate freeze on border wall funding and a 100-day halt on deportations, though a Texas judge blocked the latter order.

Biden will dramatically expand the number of refugees brought to the U.S. annually, from 15,000 under Trump to 125,00 a year. He will also open talks with Central American countries on how to provide aid and support to those countries so that their citizens don’t flee to the United States, a scenario that robs South America of its youngest and brightest will straining the notoriously backed-up American immigration system.

Biden’s homeland security secretary, Alejandro Mayorkas, whose father was a Sephardi refugee from Communist Cuba and whose mother was a refugee who fled the Holocaust, has pledged to make the United States immigration system more favorable to refugees, particularly those fleeing religious persecution.

“This is about how America is safer, stronger and more prosperous when we have a fair, orderly and humane immigration system,” Biden said after signing the orders. He pushed back against criticism that the number of executive orders was a heavy-handed use of presidential power, describing his actions as “not making new law” but “eliminating bad policy.”