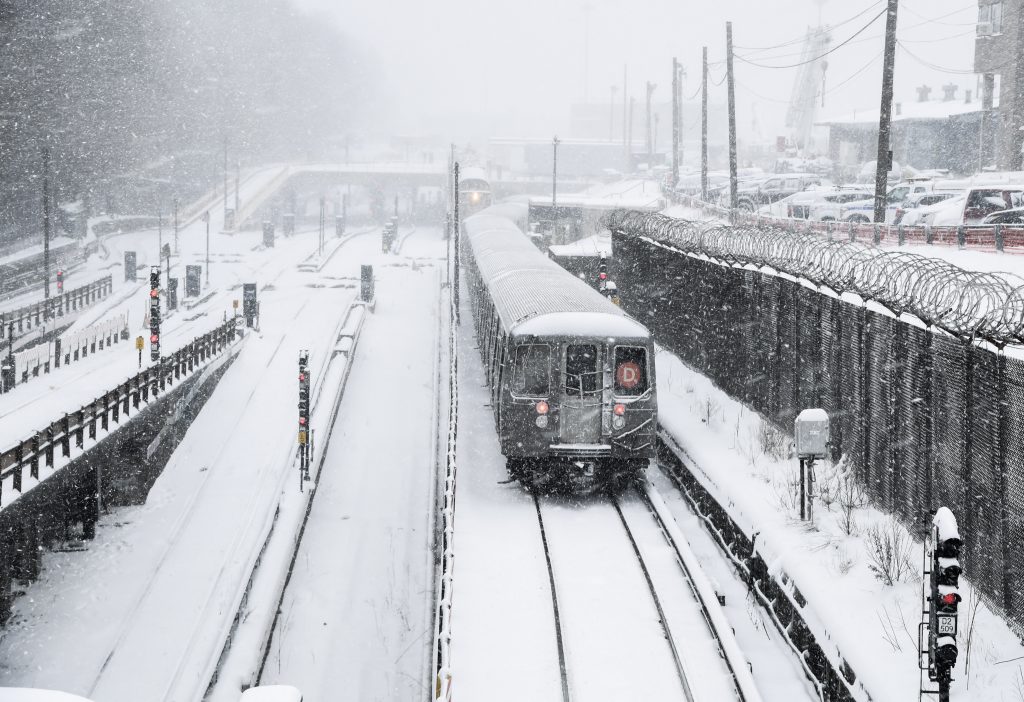 With the worst of this week’s snowstorm over and road cleanup on its way throughout the state, Governor Andrew Cuomo announced that on Tuesday afternoon that commercial vehicles and trailers would once again be allowed on New York state highways.

On Monday, all nonessential travel was banned, both for safety and to ensure emergency vehicles had an easier time getting places.

“We believe the worst of the storm is behind us and moving forward all truck traffic can safely resume on our state’s highways,” the governor said in a statement. “If New Yorkers must travel today, please use caution and give our crews and snowplows room to do their jobs as they continue to clear the roads.”

Shortly after midnight on Tuesday, Cuomo announced that aboveground subway lines, which closed on 2 p.m. on Monday due to the overwhelming snow, would be up and running by 5 a.m. in the morning, albeit with delays.

The MTA Chairman and CEO Patrick J. Foye said on 1010 WINS that all city subway service resumed this morning, as did buses. Metro-North was operating at reduced level of service, while Metro-North and Long Island Rail Road service resumed on their usual schedules.

In New York City, public schools and vaccine sites will reopen on Wednesday.

Central Park saw 17.2 inches, one of the heaviest snowfalls in the city’s history.