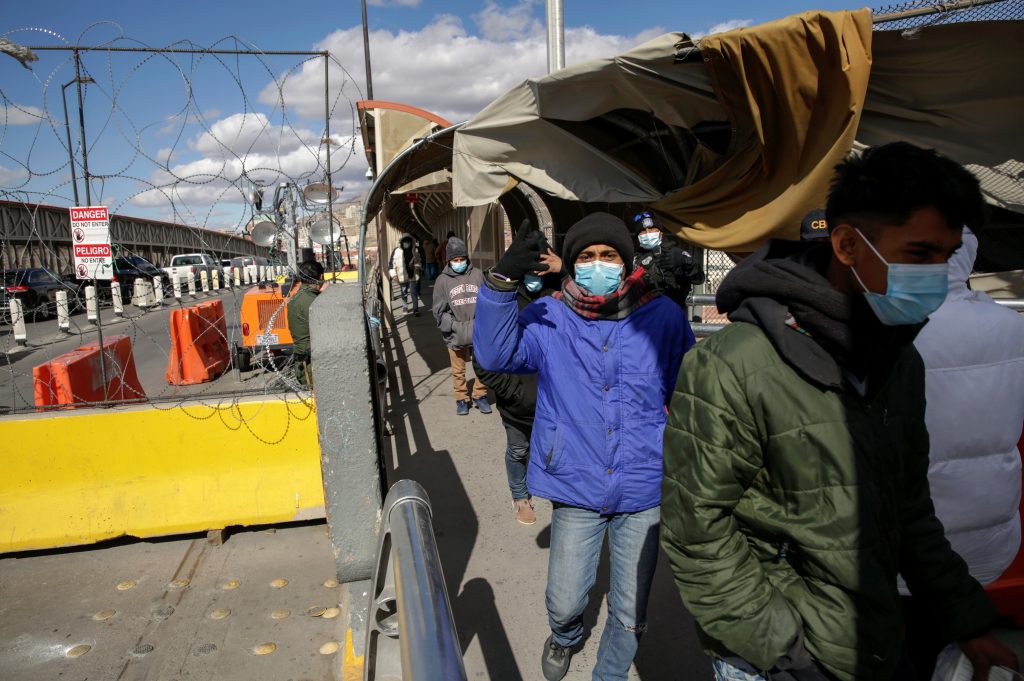 President Joe Biden on Tuesday will order a major review of asylum processing at the U.S.-Mexico border and the legal immigration system as he seeks to undo some of former President Donald Trump’s hard-line policies, two senior administration officials said on Monday evening.

Biden on Tuesday will also create a task force to reunite migrant families who were separated at the U.S.-Mexico border by Trump’s 2018 “zero-tolerance” border strategy, the officials said on a call with reporters.

As part of the actions, he will call for a review of a Trump-era rule that made it harder for poorer immigrants to obtain permanent residency in the United States, they said. He will also mandate a review of the Migrant Protection Protocols (MPP), a controversial program that pushed 65,000 asylum seekers back to Mexico to wait for U.S. court hearings. Most returned to their home countries but some remained in a makeshift camp near the Mexican border.

The Biden administration has already stopped adding people to the program but crucially it has not yet outlined how it will process the claims of those already enrolled.

“I can’t tell you exactly how long it will take to put in an alternative to that policy,” one of the senior officials said on Monday in response to a reporter’s question about processing people enrolled in the program.

Chad Wolf, former acting U.S. Department of Homeland Security secretary under Trump, said in an interview that halting the MPP program was a mistake because it had been an effective deterrent to illegal immigration.

“If you do have a surge (of migrants), you’re taking one of your tools off the table,” he said in reference to the program.

Biden’s actions on Tuesday will follow six immigration orders he issued on his first day in office and will further jumpstart his ambitious pro-immigrant agenda that seeks to erase Trump’s restrictive policies on legal and illegal immigration.

It remains unclear whether Biden’s executive orders on Tuesday will address two Trump proclamations that banned the issuance of many work and immigrant visas, which Trump had said would protect American jobs during the coronavirus pandemic.

When asked about the visa bans during the call with reporters on Monday, one of the senior Biden administration officials said “it takes time to review everything.”

Biden’s expected order setting up the task force to reunite parents and children separated at the southern border was a key election promise.

The task force, however, will face a daunting challenge in trying to track down the parents of more than 600 children who remain separated, according to a January court filing in a related case. The children are living with relatives or in foster care, according to an attorney representing plaintiffs in the litigation.

The task force will be led by Alejandro Mayorkas, one of the senior officials said on Monday. Mayorkas, Biden’s nominee to lead the Department of Homeland Security, is expected to face a Senate confirmation vote on Tuesday.

The members of the task force will be government officials, the official said.