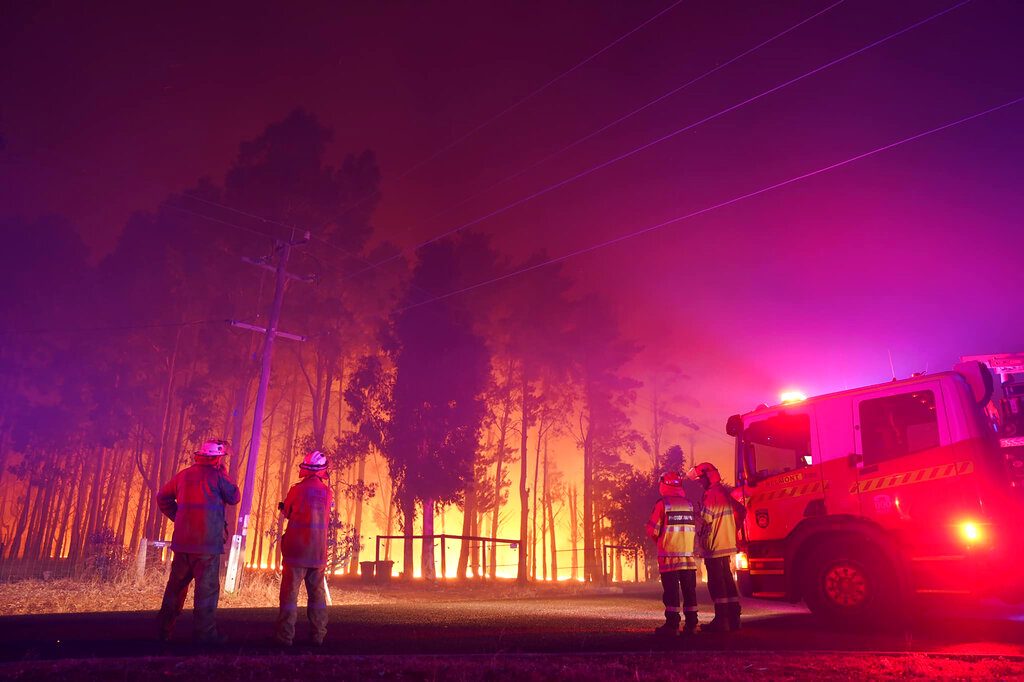 An out-of-control wildfire burning northeast of the Australian west coast city of Perth has destroyed at least 56 homes and was threatening more Tuesday, with many residents across the region told it is too late to leave.

The 7,000-hectare (17,000-acre) blaze, which has a 80-kilometer (50-mile) perimeter, began on Monday and raged through the night near the town of Wooroloo, with the shires of Mundaring, Chittering, Northam, and the city of Swan affected.

A firefighter was treated for smoke inhalation and another received a superficial burn to an ear, Deputy Commissioner Craig Waters said. No other injuries were reported.

The fire doubled in size overnight and burned through 7,366 hectares (18,202 acres) of farm and woodland, Waters said.

“Strong winds are hampering us getting in and containing the fire and bringing it under control,” he said.

The cause of the blaze was unknown.

Department of Fire and Emergency Services Superintendent Peter Sutton said about 250 firefighters had been battling the erratic fire.

“It has made it very hard, near on impossible … to suppress this fire,” Sutton said.

Wildfires are common during the current South Hemisphere summer. However, the season has been mild on Australia’s southeast coast, which was devastated by massive fires last summer.