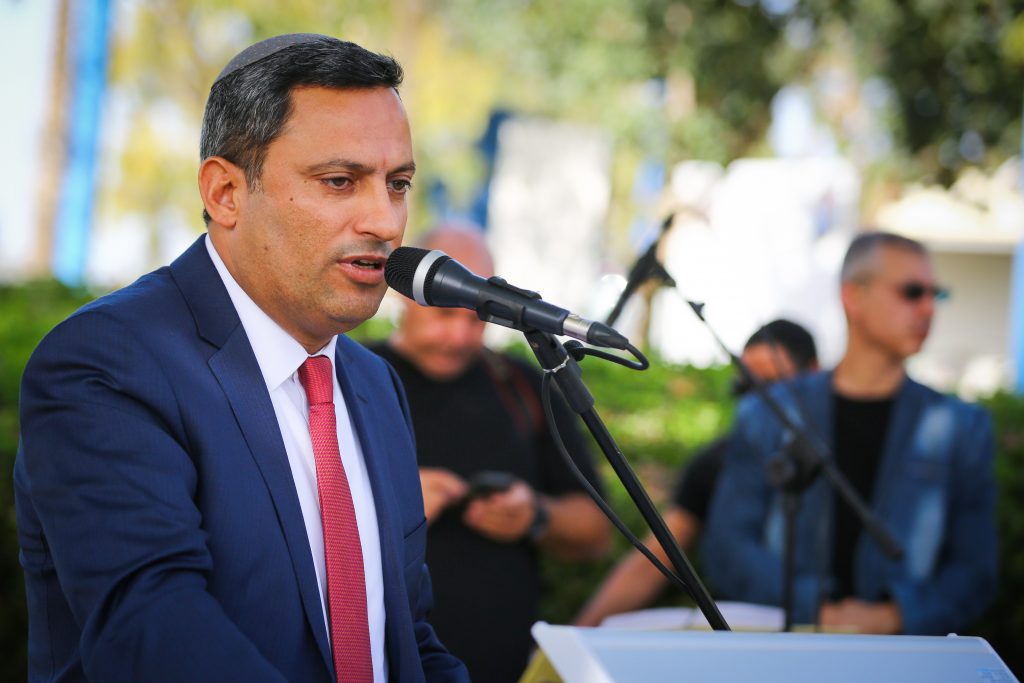 Yamina leader Naftali Bennett hoped to revive the party’s sagging poll numbers with the addition to its slate on Sunday of Sderot mayor Alon Davidi, a popular figure in the national-religious camp.

Davidi, of Sephardi background, has been credited with improving conditions in the Gaza periphery in his seven years as mayor and before that in his five years as a member of the city council.

“Bennett is the only one who can lead Israel to defeat the coronavirus,” said Davidi, who was a member of Likud. “He will form a government after the election that will save us from the crisis,” he said.

Davidi is expected to attract votes away from Likud and the Religious Zionist Party headed by Bennett’s former ally, Betzalel Smotrich.

Meanwhile, on the farther right, Otzma Yehudit and Noam signed a merger deal on Motzoei Shabbos.

Prime Minister Binyamin Netanyahu has reportedly been urging Smotrich and Jewish Home leader Hagit Moshe to run with far-right Otzma Yehudit. Several of its members have been disqualified from running for the Knesset due to what were judged to be racist, anti-Arab statements, though they maintain that they are only against Arabs who pose a threat to the state of Israel.