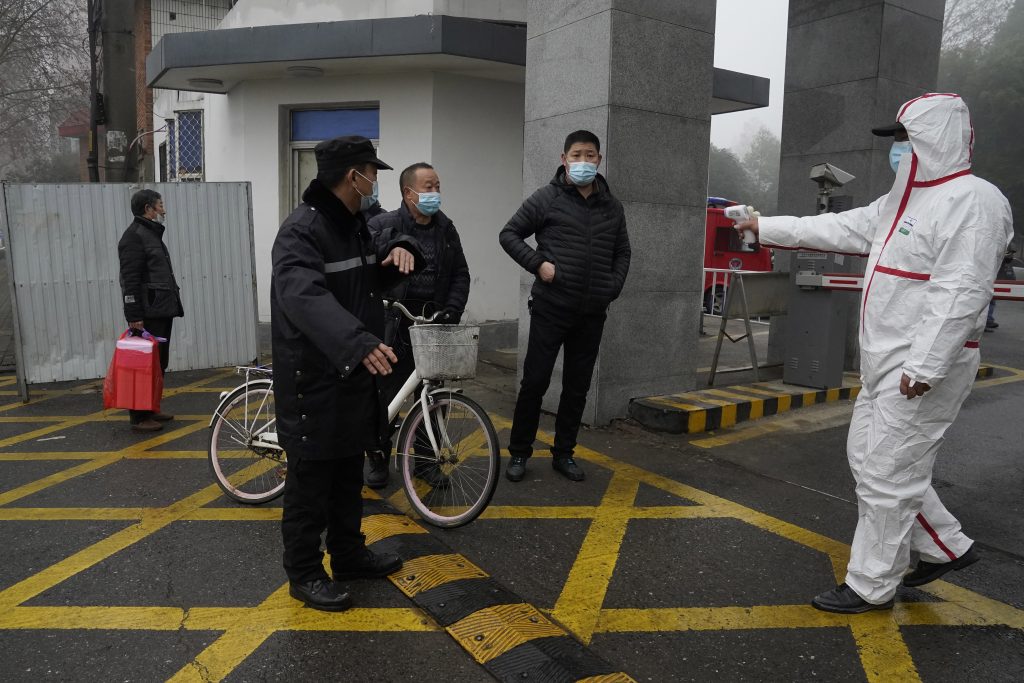 A World Health Organization team investigating the origins of the coronavirus pandemic visited two disease control centers on Monday that had an early hand in managing the outbreak in the central Chinese city of Wuhan.

The WHO investigators arrived in Wuhan, the provincial capital, last month to look for clues and have visited hospitals and a seafood market where early cases were detected.

The team on Monday visited both the Hubei Provincial Center for Disease Control and its Wuhan city office, amid tight Chinese controls on access to information about the virus.

China has sought to avoid blame for alleged missteps in its early response to the outbreak, while promoting alternative theories that the virus originated elsewhere and may even have been brought to Wuhan from outside the country.

Following the visit to the provincial center, team member Peter Daszak told reporters it had been a “really good meeting, really important.” No other details were given.

The evidence the team assembles will add to what is expected to be a years-long quest for answers. Pinning down an outbreak’s animal sources requires massive amounts of research including taking animal samples, genetic analysis and epidemiological studies.

China has largely curbed domestic transmission through strict testing and contact tracing. Mask wearing in public is observed almost universally and lockdowns are routinely imposed on communities and even entire cities where cases are detected. The latest outbreaks have been mostly in the frigid northeast, with 33 new cases reported nationally Monday in three provinces.

Despite that, China recorded more than 2,000 new domestic cases of COVID-19 in January, the highest monthly total since the final phase of the initial outbreak in Wuhan last March. Two people died of the disease in January, the first reported COVID-19 deaths in China in several months.

Schools have gone online and travel has been drastically cut during this month’s Lunar New Year, with the government offering incentives for people to stay put during the most important time for family gatherings across the vast nation.