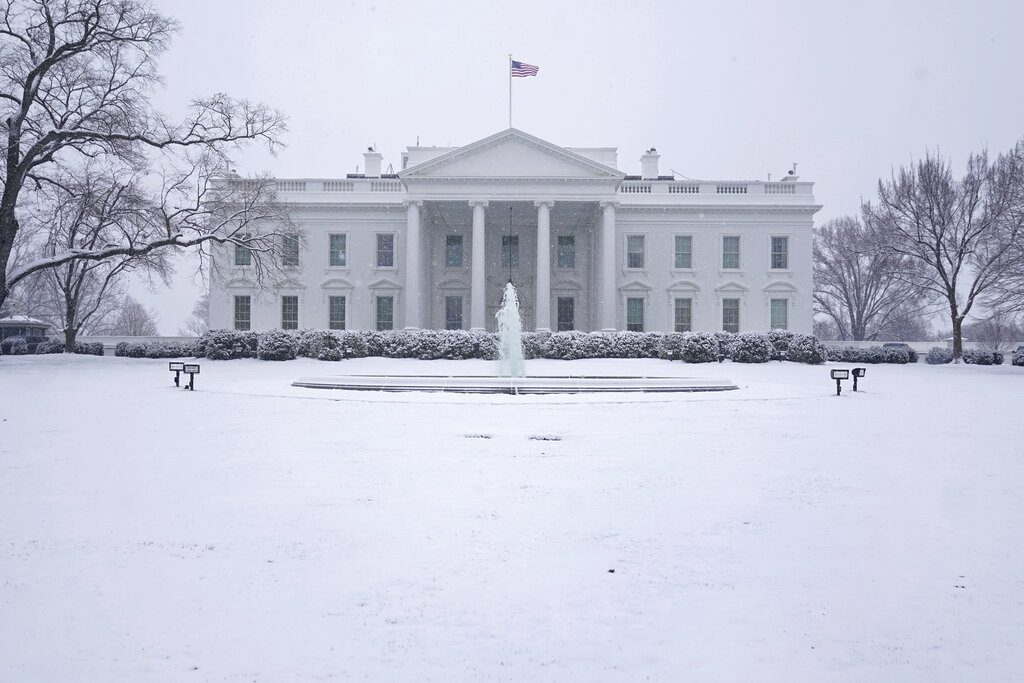 President Joe Biden is set to meet on Monday with a group of 10 Republican senators who have proposed $618 billion in coronavirus relief, about a third of the $1.9 trillion he is seeking as congressional Democrats are poised to move ahead without Republican support.

The Republicans propose slimmer benefits, including $1,000 in direct payments to individuals earning up to $40,000 a year, or $80,000 for couples, according to a draft obtained by The Associated Press. The proposal would begin to phase out the benefit after that, with no payments for those individuals earning more than $50,000, or $100,000 for couples. That’s less than Biden’s proposal for $1,400 direct payments at higher incomes levels.

The cornerstone of the GOP plan appears to be $160 billion for the healthcare response — vaccine distribution, a “massive expansion” of testing, protective gear and funds for rural hospitals, according to the draft.

Others elements of the package are similar but at far lesser amounts, with $20 billion to reopen schools and $40 billion for Paycheck Protection Program business aid.

An invitation to the GOP senators to meet at the White House came hours after the lawmakers sent Biden a letter on Sunday urging him to negotiate rather than try to ram through his relief package solely on Democratic votes. The House and Senate are on track to vote as soon as this week on a budget resolution, which would lay the groundwork for passing an aid package under rules requiring only a simple majority vote in the closely divided Senate.

The goal is for passage by March, when extra unemployment assistance and other pandemic aid expires. The meeting to be hosted by Biden would amount to the most public involvement for the president in the negotiations for the next round of virus relief. Democratic and Republican lawmakers are far apart in their proposals for assistance.

In challenging Biden to fulfill his pledge of unity, the group said in its letter that its counterproposal will include $160 billion for vaccines, testing, treatment and personal protective equipment and call for more targeted relief than Biden’s plan to issue $1,400 stimulus checks for most Americans.

Winning the support of 10 Republicans would be significant for Biden in the 50-50 Senate where Vice President Kamala Harris is the tie-breaker. If all Democrats were to back an eventual compromise bill, the legislation would reach the 60-vote threshold necessary to overcome potential blocking efforts and pass under regular Senate procedures.

The other GOP senators invited to meet with Biden are Lisa Murkowski of Alaska, Mitt Romney of Utah, Shelley Moore Capito of West Virginia, Todd Young of Indiana, Jerry Moran of Kansas, Mike Rounds of South Dakota, and Thom Tillis of North Carolina.

Brian Deese, the top White House economic adviser leading the administration’s outreach to Congress, indicated the White House could be open to negotiating on further limiting who would receive stimulus checks. Portman suggested the checks should go to individuals who make no more than $50,000 per year and families capped at $100,000 per year.

Under the Biden plan, families with incomes up to $300,000 could receive some stimulus money.

As a candidate, Biden predicted his decades in the Senate and his eight years as Barack Obama’s vice president gave him credibility as a deal-maker and would help him bring Republicans and Democrats to consensus on the most important matters facing the country.

But less than two weeks into his presidency, Biden showed frustration with the pace of negotiations at a time when the economy exhibited further evidence of wear from the pandemic. Last week, 847,000 Americans applied for unemployment benefits, a sign that layoffs remain high as the coronavirus pandemic continues to rage.

“I support passing COVID relief with support from Republicans if we can get it. But the COVID relief has to pass — no ifs, ands or buts,” Biden said on Friday.