The Torah world was plunged into mourning with the petirah of Hagaon Harav Meshulam Dovid Soloveitchik, zt”l, Rosh Yeshivah, Yeshivas Brisk, who was niftar early Sunday. He was 99 at his petirah.

Reb Dovid, the last surviving son of the legendary Brisker Rav, Harav Velvel, zt”l, was a beloved Rosh Yeshivah to generations of talmidim.

He caught the coronavirus several months ago, but managed to overcome it, but in recent weeks his condition took a turn for the worse, with many tefillos held for his refuah. But alas, the gezeriah was sealed and he was niftar, surrounded by many family members and talmidim.

The levayah of Reb Dovid set out at 11 a.m. from his yeshivah to Har Hamenuchos, where he was buried near the kever of his father.

Harav Meshulam Dovid was born during Chol Hamoed Sukkos 5682/1921, the son of his esteemed parents, Harav Yitzchak Ze’ev (Reb Velvel) and Rebbetzin Alte Hendel Soloweichik, in Brisk, Lithuania. His father, the Brisker Rav, was his role model in his life; everything was looked at by Reb Dovid as “what did der Tatte do?”

After the family managed to escape Europe and settle in Eretz Yisrael during the Holocaust, Reb Dovid learned under the tutelage of his father.

When he came of age, he married, lhbch”l, the daughter of Harav Asher Sternbuch, zt”l, of London.

Several years after the petirah of his father, he founded his yeshivah in Gush 80 in Yerushalayim, a yeshivah where the learning was in the Brisker derech halimud. Thousands of talmidim learned under Reb Dovid, and many more saw him as their rebbi.

His home in Geulah was a place where many came up to ask his brachos and advice, or to discuss learning.

A compilation of his shiurim were published on several masechtos, under the name Shiurei HaGraMaD.

Reb Dovid had a close connection with many Gedolei Yisrael, zt”l and shlita. 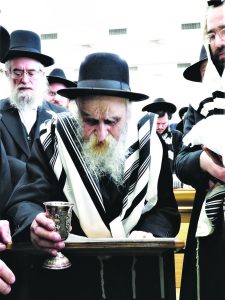 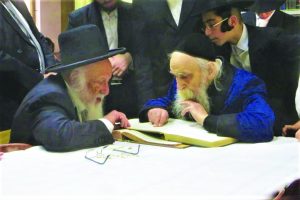 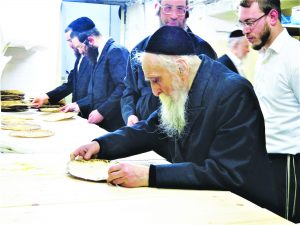