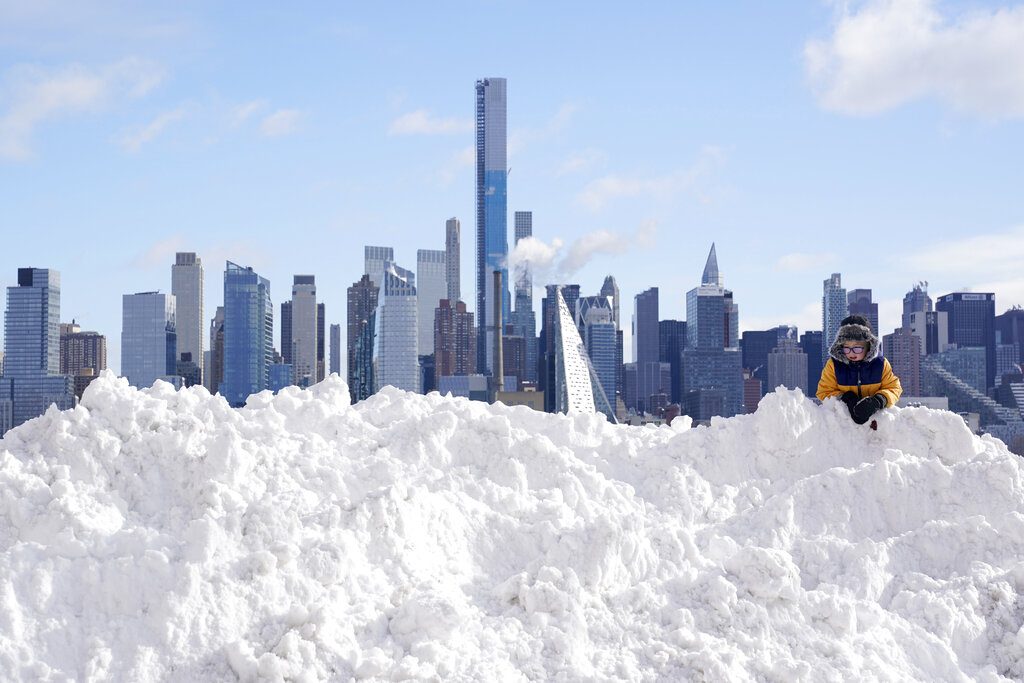 A massive snowstorm is expected to slam into the tri-state area on Sunday night at 7 PM, dumping as much as a foot and a half of snow on New York and New Jersey. It is expected to snow heavily through Monday and only ease by Tuesday morning.

A storm warning has been issued and travel is discouraged on Sunday and Monday; winds are expected to be as strong as 45-55 miles per hour (75-88 kph), in addition to the heavy snow. The winds carry a risk of power outages.

“We will be poised and ready to move at the first flake,” said Sanitation Commissioner Edward Grayson at Mayor Bill de Blasio’s press conference on Sunday.

All New York City public schools will be virtual on Monday, and outdoor restaurants will close their outdoor seating, the mayor announced. Alternate Side parking has been cancelled on Monday and Tuesday.

New York, New Jersey, Connecticut and Pennsylvania can expected between 8-18 inches of snow.