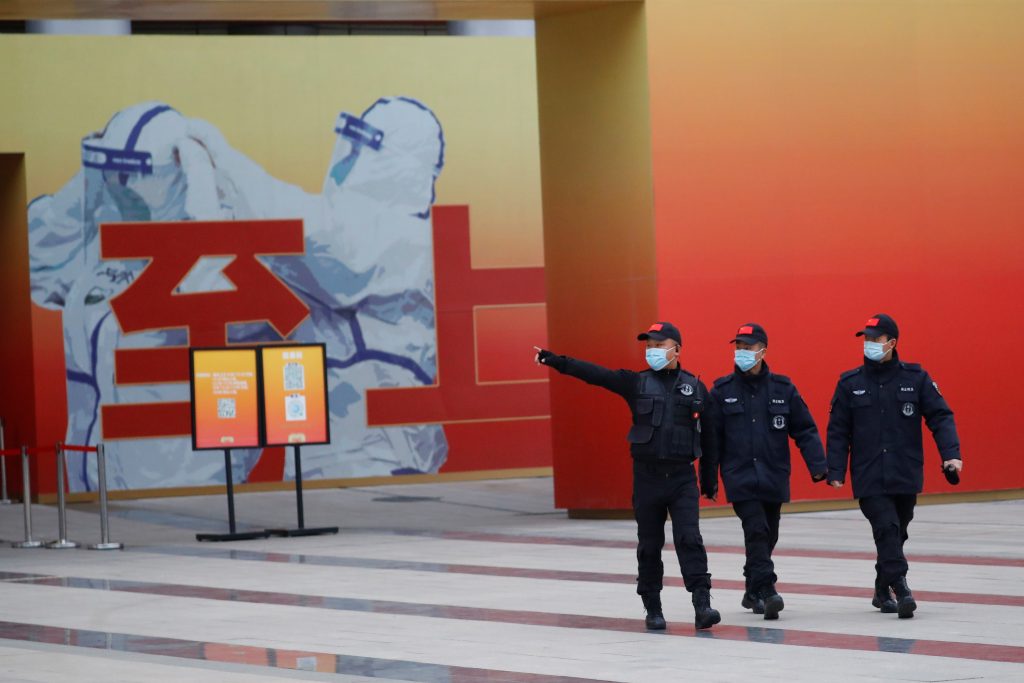 The World Health Organization-led team investigating the origins of COVID-19 during a mission that has been tightly controlled by its Chinese hosts visited a hospital on Saturday in the central city of Wuhan that treated early coronavirus patients.

On its second day after two weeks in quarantine, the team went to Jinyintan Hospital, where doctors had collected samples from patients suffering from an unidentified pneumonia in late 2019.

Team members leaving the hospital did not speak to journalists, who have been kept at a distance since the group left its quarantine hotel on Thursday.

“Just back from visit at Jinyintan Kospital, that specialized in infectious diseases and was designated for treatment of the first cases in Wuhan. Stories quite similar to what I have heard from our ICU doctors,” team member Marion Koopmans tweeted.

The WHO-led probe has been plagued by delays and concern over access, and bickering between Beijing and Washington, which accused China of hiding the extent of the initial outbreak and criticized the terms of the visit under which Chinese experts conducted the first phase of research.

The WHO, which has sought to manage expectations for the mission, said on Friday that team members would be limited to visits organized by their Chinese hosts and would not have any contact with community members, due to health restrictions.

Exactly a year ago, the WHO declared a public health emergency of international concern (PHEIC), its highest level of alarm.

The group’s itinerary has not been announced but the WHO has said the team plans to visit the seafood market at the center of the early outbreak as well as the Wuhan Institute of Virology. One hypothesis, rejected by China, is that the outbreak was caused by a leak at the government lab.

Later on Saturday, the WHO team went to an exhibition center that features an exhibit commemorating early efforts to battle the outbreak in Wuhan, which included a 76-day lockdown of the city of 11 million.

The investigating team had been set to arrive in Wuhan earlier in January, and China’s delay of their visit drew rare public criticism from the head of the WHO, which former U.S. President Donald Trump accused of being “China-centric.”

China has pushed the idea that the virus existed abroad before it was discovered in Wuhan, with state media citing the presence of the virus on imported frozen food packaging and scientific papers saying it had been circulating in Europe in 2019.

China’s Foreign Ministry has also hinted that the sudden closure of a U.S. army laboratory at Fort Detrick in Maryland in July 2019 was linked to the pandemic.