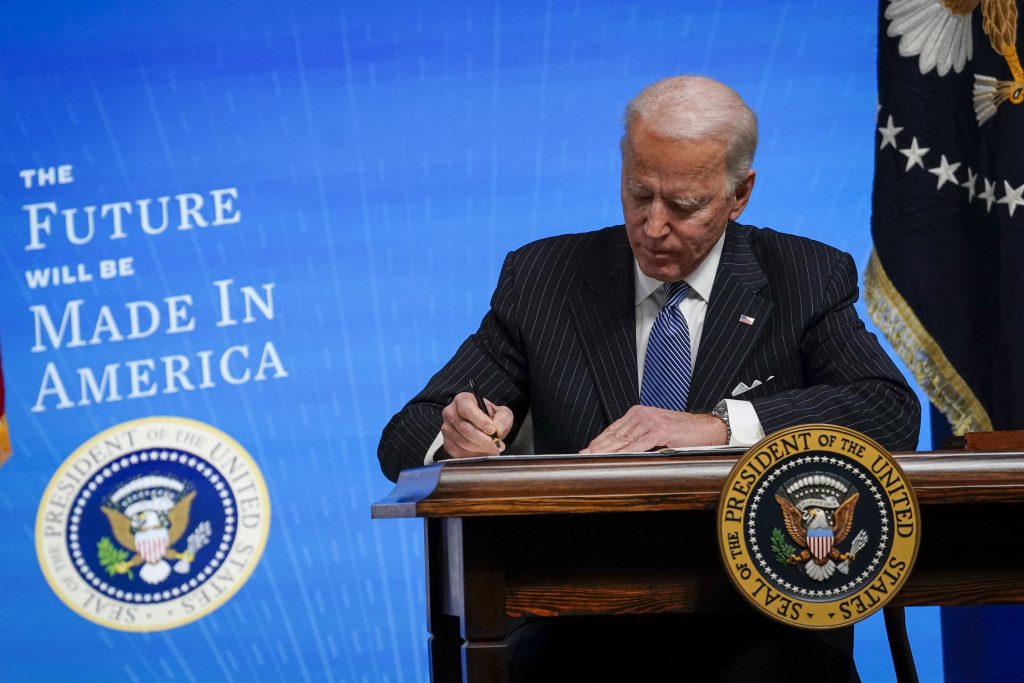 President Joe Biden is weighing whether to keep a national $15-an-hour minimum wage in his $1.9 trillion coronavirus stimulus package with Republican opposition.

With moderate GOP senators objecting to the plan, the president has to balance the benefits of a hike against the dangers of losing support for the desperately needed relief plan.

Biden backed the $15 hourly wage during his presidential campaign and progressives are urging him to keep it in the sprawling relief package that would include another round of direct payments to American taxpayers.

But pro-business GOP moderates oppose the hike during an economic downturn when businesses should be encouraged to add as many workers as possible. They also say it’s wrong to include measures not directly related to the pandemic.

They are warning that including it in the COVID relief package could be a poison pill that would cause them to vote against the entire plan.

“The more you throw into this bucket of COVID relief that’s not really related to the crisis, the more you risk the credibility with the American people that you’re really sincere about the crisis,” Rep. Tom Reed, R-N.Y.

If all Republicans vote against the package, all 50 Democrats would need to support it. They would also need approval from the parliamentarian to use a legislative sleight of hand known as reconciliation.

Sen. Bernie Sanders, I-Vt., says that’s exactly what Democrats should do, reminding reporters that the GOP used the maneuver to give tax cuts to the wealthiest Americans and a failed effort to kill Obamacare.

“You know what? I think we can use reconciliation to protect the needs of working families,” Sanders said.

Senate Majority Leader Chuck Schumer, D-N.Y., says the Senate will start work next week on getting the COVID-19 relief bill passed using the reconciliation process. He hopes to win passage by March but that goal will be more difficult without any GOP support.

The minimum wage provision would gradually increase the lowest allowable wage from its current paltry $7.25 level, where it has sat since 2009.

Some opponents argue that a large increase in the minimum wage would lead many employers to cut the number of workers they have on their payrolls.

“There’s no question that raising the minimum wage, especially to $15, will put some small businesses out of business and will cost a lot of low-wage workers their jobs,” said Neil Bradley, the chief policy officer at the U.S. Chamber of Commerce.

Republicans and business groups say they are open to a more modest minimum wage hike, but say it shouldn’t be tied to pandemic relief, which many of them generally support.