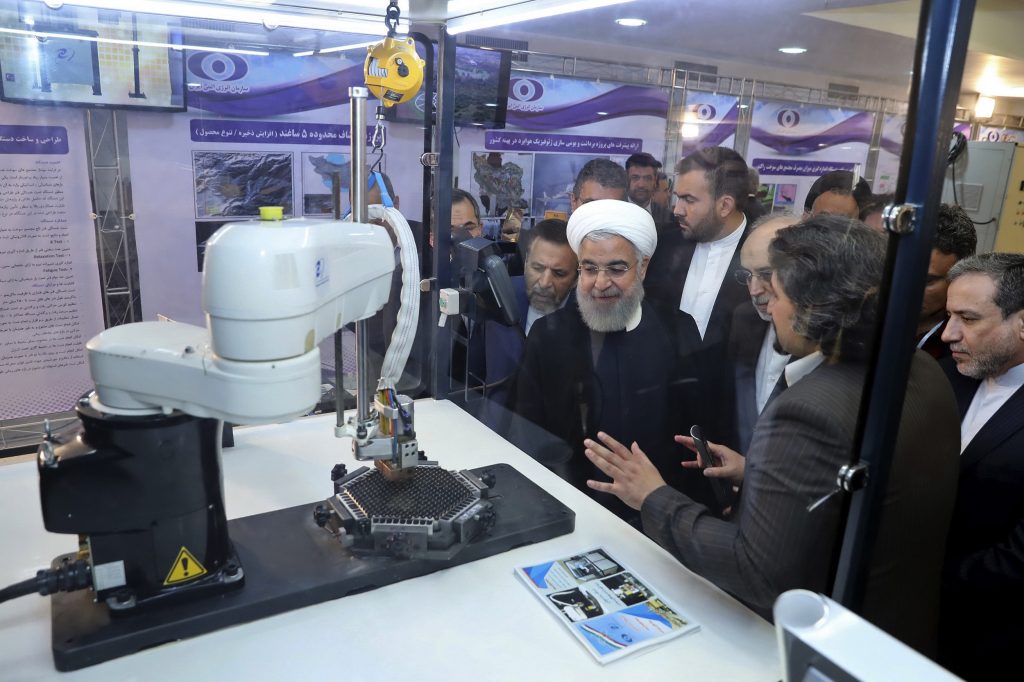 Iran has exceeded 17 kilograms of 20% enriched uranium within a month’s time, state media reported Thursday, moving its nuclear program closer to weapons-grade enrichment levels amid heightened tensions with the U.S.

Parliament Speaker Mohammad Bagher Qalibaf, during a visit to the country’s Fordo nuclear facility, said in a speech that in less than a month, scientists passed 17 kilograms (37.5 pounds) of 20% enriched uranium.

Uranium enriched to 20% is a short technical step away from weapons-grade 90% enrichment. Western nations have criticized Iran’s enrichment activity and called on Tehran to adhere to a 2015 nuclear accord.

Iran has said it would produce 120 kilograms (44 pounds) of 20% enriched uranium per year, or 12 kilograms per month on average, so 17 kilograms would exceed that timetable.

Roughly 250 kilograms (550 pounds) of 20% enriched uranium are needed to convert it into 25 kilograms of the 90% enriched needed for a nuclear weapon.

The development brings Iran closer to crossing the line between nuclear operations with a potential civilian use, such as enriching nuclear fuel for power-generating reactors, and nuclear-weapons work, something Tehran has long denied ever carrying out.

Former President Donald Trump in 2018 unilaterally withdrew America from Iran’s nuclear deal, in which Tehran had agreed to limit its uranium enrichment in exchange for the lifting of economic sanctions. After the U.S. then ramped up sanctions, Iran gradually and publicly abandoned the deal’s limits on its nuclear development.

President Joe Biden, who was vice president when the deal was signed during the Obama administration, has said he hopes to return the U.S. to the deal.