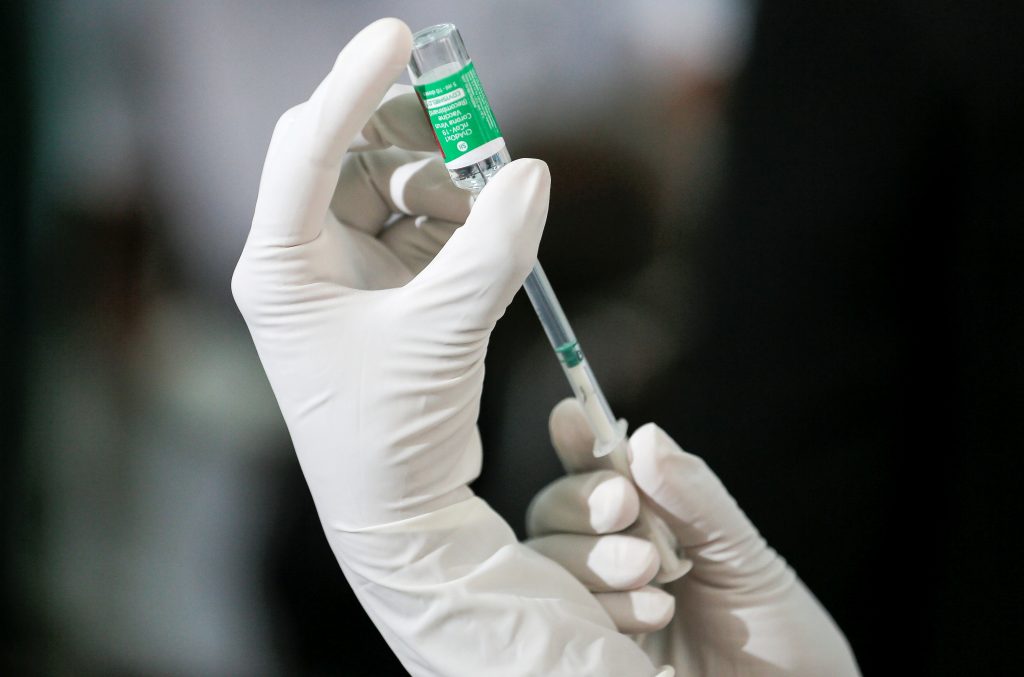 AstraZeneca offered eight million more doses of its COVID-19 vaccine to the European Union to try to defuse a row over supplies, but the bloc said that was too far short of what was originally promised, an EU official told Reuters.

The Anglo-Swedish firm unexpectedly announced cuts in supplies to the EU last week, citing production problems at a Belgian factory, triggering a furious response from the bloc.

EU officials said that meant a 60% cut to 31 million doses in the period to the end of March, a major blow for its 27-member countries which are already lagging vaccination campaigns in Israel, Britain and the United States.

The EU official directly involved in the talks said AstraZeneca offered earlier this week to increase deliveries to possibly 39 million doses in the first quarter, but that was deemed inadequate. The size of the AstraZeneca’s offer has not previously been reported.

Under a contract agreed in August, the company should have supplied at least 80 million doses to the EU in that period, the official said, and possibly even 120 million “depending on how you read the contract.”

A second EU official said in a media briefing on Wednesday that the company had proposed to supply a quarter of the agreed volume of doses through March, which in the contract amounted to a “three-digit” figure – consistent with nearly 40 million out of a total of 120 million mentioned by the first source.

AstraZeneca’s chief executive Pascal Soriot told newspapers on Tuesday the company had no legal requirement to deliver to the EU on a precise timetable, because it had only committed to supplying vaccines under a “best-effort” clause.

At a meeting with EU officials on Wednesday, Soriot repeated this and made no new offer of extra doses from the 39 millions pledged earlier in the week, the first EU official said.

To make up for the shortfall caused by problems at a factory in Belgium, EU officials asked AstraZeneca to re-route to the bloc some of the doses it manufactures in Britain.

But Soriot said at Wednesday’s meeting that AstraZeneca had contractual arrangements with Britain that prevented the company from diverting doses produced there to the EU, two EU officials said.

AstraZeneca did not respond to repeated requests for comment.

On Friday, European Commission head Ursula von der Leyen reiterated that AstraZeneca had binding obligations and could not to make commitments with other buyers that would trump the EU’s deal.

Britain has a contract with AstraZeneca for 100 million doses that was signed before the EU deal for at least 300 million shots.

Two officials said the EU’s contract committed it to paying 336 million euros ($406 million) to AstraZeneca, mostly to finance production of vaccines at four named factories. Two of these, run by Oxford Biomedica and Cobra Biologics, are in Britain, while the others are in Germany and Belgium.

“Part of the money went to the U.K.,” one of the officials said.

Asked about the EU requests, Britain said the EU had established its own supply chains, and declined to comment on its own or the EU’s contracts with AstraZeneca.

The EU has not yet approved the AstraZeneca vaccine, which is already being used in Britain. A decision is scheduled later on Friday.