Politics U.S. Senate to Begin Work on COVID-19 Relief as Early as Next Week
Politics 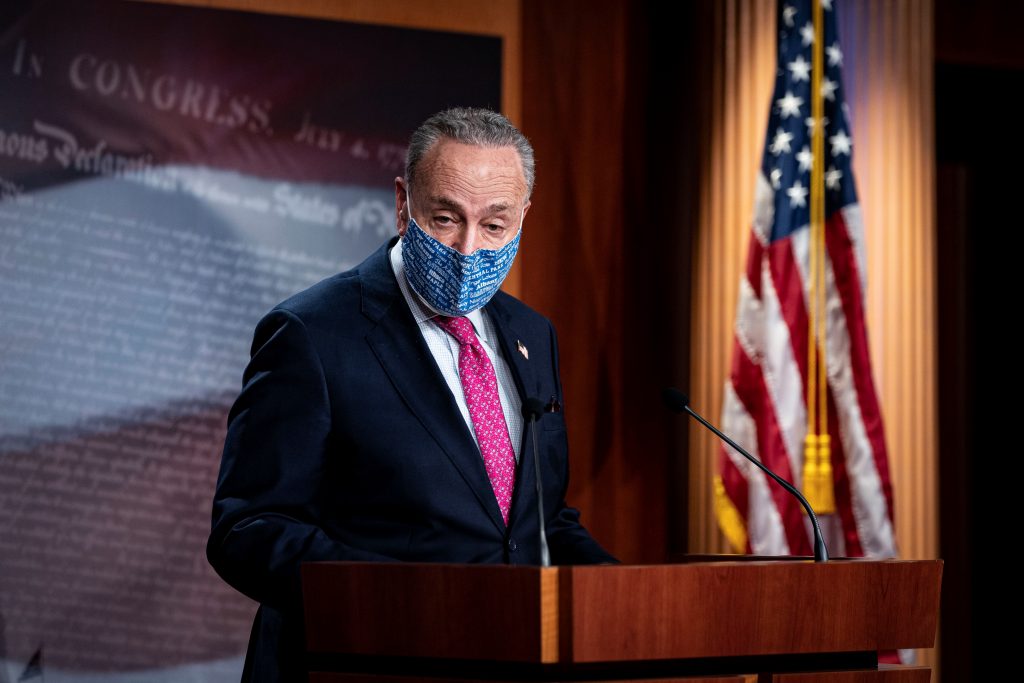 U.S. Senate Majority Leader Chuck Schumer said on Thursday that lawmakers will begin work on a robust COVID-19 relief package as early as next week, while the White House denied any plan for a scaled-back bill that could move quickly through the divided chamber.

President Joe Biden has made ramping up the U.S. response to the COVID-19 pandemic, which has killed nearly 430,000 people in the United States and left millions out of work, a major focus of his early weeks in office. But Republicans and some Democrats have balked at the $1.9 trillion cost of his proposal, which is on top of $4 trillion in aid approved by Congress last year.

“The Senate, as early as next week, will begin the process of considering a very strong COVID relief bill,” Schumer, the Senate’s top Democrat, said on the floor of the chamber.

“We need recovery and rescue quickly. Everywhere you look alarm bells are ringing,” he added, saying Democrats would proceed even if Republicans are not on board.

Schumer did not offer any hard details on the bill that he intends to advance.

With the Senate split 50-50, misgivings over the size of Biden’s proposal have stirred speculation the White House could use a two-pronged strategy, beginning with a bill small enough to garner enough Republican support to clear the Senate’s 60-vote threshold for most legislation.

Politico reported the administration was considering a bill that would provide $600 billion to $800 billion in aid, including scaled-back funding for vaccine distribution, unemployment and food assistance as well as relief checks targeted for those in need.

But two senior White House officials moved quickly on Thursday to shoot down the idea of a split approach.

“The needs of the American people aren’t partial; we can’t do this piecemeal,” White House economic adviser Brian Deese, who has been involved in talks with a bipartisan group of lawmakers in the Senate and House of Representatives, said on Twitter.

White House spokeswoman Jen Psaki said there was nothing partisan about aiding Americans and businesses reeling from the pandemic.

“The needs of the American people are urgent, from putting food on the table, to getting vaccines out the door to reopening schools. Those aren’t partisan issues,” Psaki said on Twitter.

“We are engaging with a range of voices – that’s democracy in action – we aren’t looking to split a package in two.”

Nevertheless, Democrats are moving ahead with plans to use a parliamentary procedure called reconciliation, which would allow them to enact much of Biden’s proposal by a simple majority in the Senate – without Republican votes. Vice President Kamala Harris would break any tie vote in the Senate.