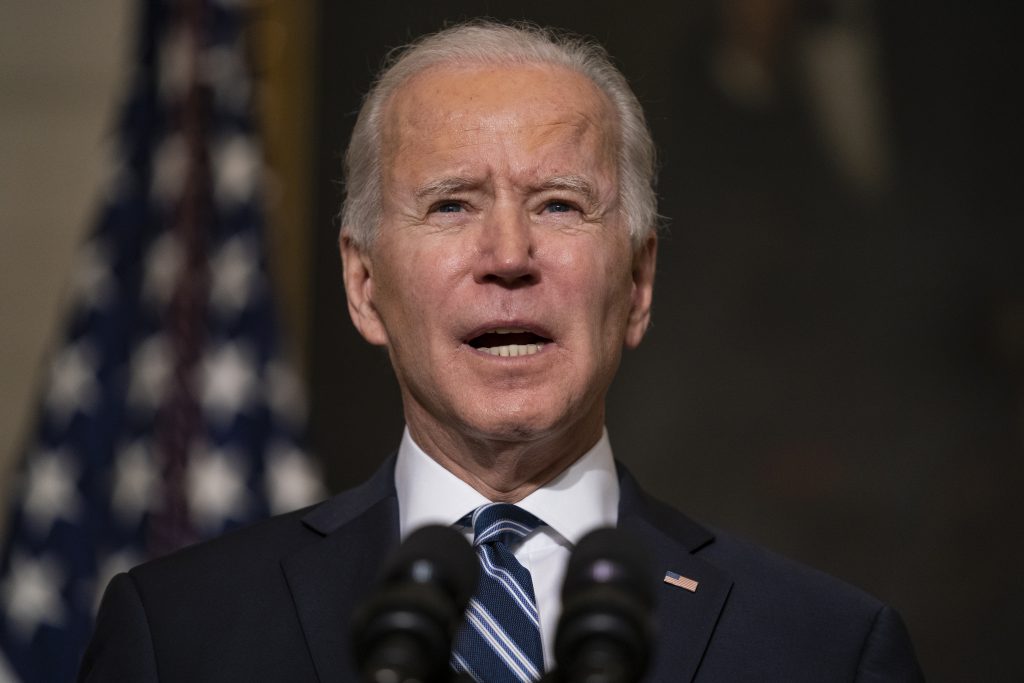 Republicans chafed openly Thursday over Democrats’ go-it-alone strategy on President Joe Biden’s $1.9 trillion coronavirus relief bill, warning they might come to regret it, even as Democrats formalized plans to move forward on their own.

Democrats and White House officials insisted that they want Republicans to vote for the emerging bill. At the same time, arguing the matter is urgent, they announced they would move forward next week with a budget bill that would allow subsequent party-line passage of the sweeping Covid relief package.

House Speaker Nancy Pelosi, D-Calif., said the House and Senate would take the initial budget votes next week, and portrayed the partisan “budget reconciliation” approach as a fallback position that could pressure Republicans to come on board.

“By the end of the week we will be finished with the budget resolution which will be about reconciliation if we need it,” Pelosi told reporters at her weekly news conference.

“We have to be ready. I do think we have more leverage to get cooperation on the other side if they know we have an alternative,” she said.

Advancing legislation via “reconciliation” allows it to pass the Senate with a simple majority vote, instead of the 60 votes normally required for major bills. That could allow the Democrats who control the Senate to pass the legislation with no GOP support, although it would be a struggle because the Senate is split 50-50 between the two parties. Democrats have the majority because Vice President Kamala Harris can break ties.

Senate Republicans, including members of a bipartisan group that has been meeting with administration officials about the relief plan, criticized Democrats’ plans to move forward under reconciliation – especially given Biden’s inaugural call for unity.

“It starts the whole process off in a very different place than I think President Biden was in his inaugural address just two weeks ago,” said Sen. Roy Blunt, R-Mo., a member of GOP leadership.

Sen. Susan Collins (R-Maine), a leader of the bipartisan group, told reporters that “it’s certainly not helpful” if reconciliation moves forward. She also said she had spoken personally with Biden, and had “a very friendly call,” in one of the first public indications that the president himself is engaged in the kind of personal bipartisan outreach he promised while campaigning.

Several Republicans suggested they would be open to a narrower bill focused on money for vaccines and other priorities. But Democrats and White House officials said they were not going that route. Biden’s plan includes a new round of stimulus checks, extended unemployment benefits, and hundreds of billions of dollars for schools, vaccines and the health care system.

“We are not looking to split the package,” said White House press secretary Jen Psaki.

Democrats said they were determined to move ahead, especially in light of a series of alarming economic reports Thursday, including news that economic growth shrank in 2020, even more than during the Great Recession. Senate Democrats conferred by phone with top Biden economic advisers over lunch, emerging to say their intention was to move forward quickly.

“I have zero tolerance for delay. I have no patience for wasting time, we need to do it all together. I think that’s the general feeling in the caucus,” said Sen. Richard Blumenthal, D-Conn.

It remains uncertain if Democrats will have the votes they need to move forward with a partisan reconciliation bill. The most conservative Senate Democrat, Sen. Joe Manchin III, D-W.Va., sidestepped when pressed on whether he’d support that approach, insisting several times that “we’re gonna make Joe Biden successful.”