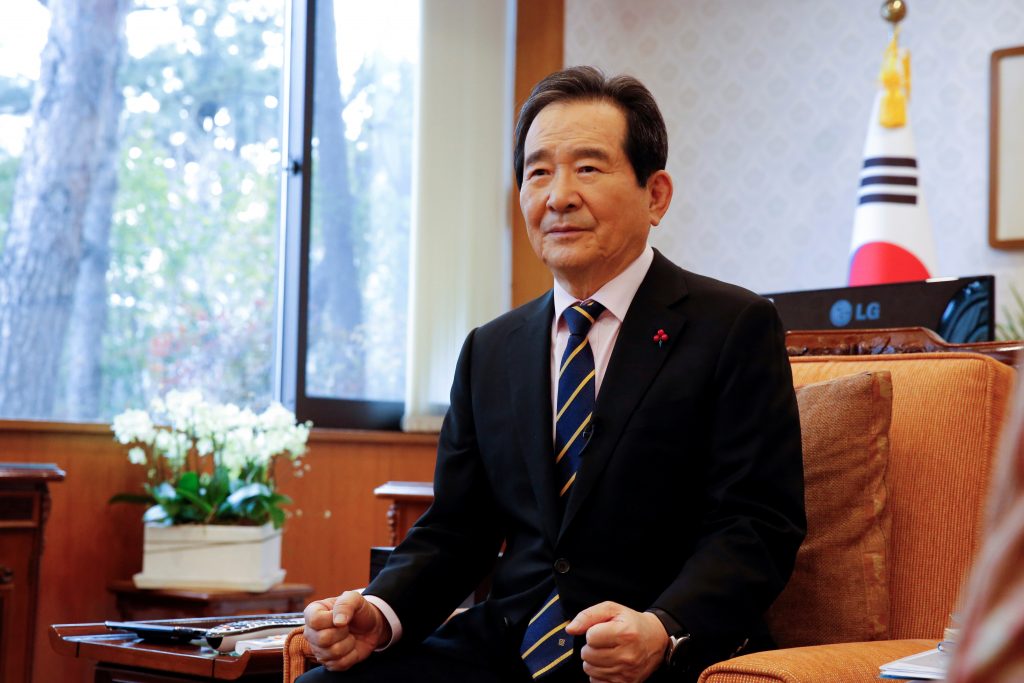 North Korea and the United States should seek an initial denuclearization deal that includes a halt to the North’s nuclear activity and a cut in its program in exchange for some sanctions relief, South Korea’s Prime Minister said on Thursday.

Prime Minister Chung Sye-kyun, in his first interview with a foreign media outlet since taking office a year ago, told Reuters “creative” thinking and mutual incentives were needed to get negotiations going again and prevent another breakdown.

North Korean leader Kim Jong Un and former U.S. President Donald Trump vowed to build new relations and work towards the denuclearization of the Korean peninsula at their first summit in 2018, but a second summit and ensuing working-level talks fell apart.

North Korea had offered to dismantle its main nuclear complex in exchange for the lifting of major U.N. sanctions, but the United States said abolishing the facility was not enough and North Korea should hand over its nuclear weapons and bomb fuel.

“We can begin with a freeze in all nuclear activities and reduction of some of their program,” Chung said. “It would be best if we could get rid of all of it, once and for all, but it’s not easy and we need an alternative.”

The new U.S. administration of President Joe Biden has not announced any new policy for North Korea. Biden said in a presidential debate in October he would meet Kim only if he agreed to “draw down” North Korea’s nuclear capacity.

Chung said limited sanctions relief could help revive and sustain the momentum of any talks as that was the most attractive incentive for North Korea.

“It makes an incentive only when you give what your counterpart wants, and that’s what keeps up the negotiations,” he said.

But it was the first time a South Korean official offered details about a potential interim deal that both sides should pursue.

Chung said the Biden administration might implement a new policy but it had shown interest in the North Korea issue and would ultimately seek talks with it.

South Korea plans to hold in-depth discussions with new U.S. officials soon on how to revive the negotiations and whether the allies should postpone or scale back annual joint military exercises which North Korea has long condemned as preparation for war.

“Everyone knows that the problem cannot be solved without dialogue,” Chung said. “Our job is to come up with creative ideas so that talks will be held as quickly as possible.”