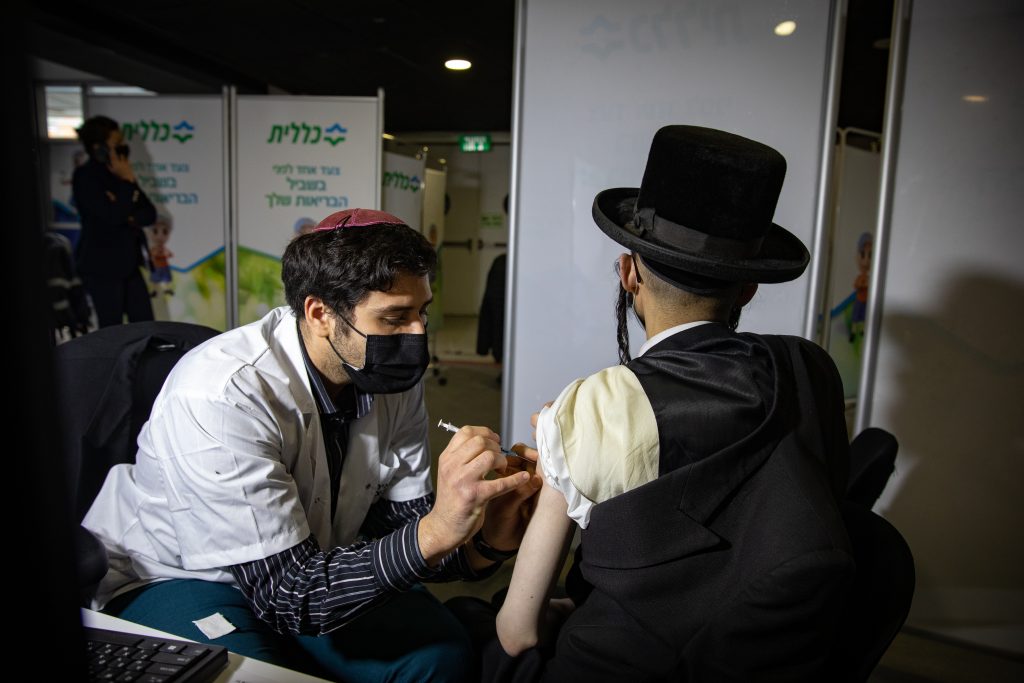 Benny Gantz’s Blue and White party won the preliminary stage of its fight to double fines for violators of coronavirus regulations, as a Knesset committee on Thursday voted to report the bill to the plenum for second and third readings.

The increase of fines has been a coalition flashpoint this week, as Gantz insisted he would block an extension of the current lockdown if he did not get his way on the fines, which has been opposed by Likud and the chareidi parties.

The Knesset’s Constitution, Law, and Justice Committee vote was held as the chairman, United Torah Judaism MK Yaakov Asher and other chareidi members boycotted it, according to media reports.

The Knesset plenum was scheduled to debate the measure on Monday, but Gantz demanded immediate passage.

“If the law is not approved, the continued closure will have very limited effectiveness in reducing the extent of morbidity in Israel that will not justify its continued existence,” Gantz said, adding that “any delay in the legislation costs lives.”

Appearing to accept that demand, Netanyahu said during a visit to a vaccine center in the Bedouin town of Arara that he supports passing the legislation “as written” as soon as possible and that the Knesset should convene Thursday to vote on it.

In addition, coalition whip Miki Zohar of Likud, said Thursday morning that the bill would “pass today in its original form.”

“We will work to have it voted on today so that we can immediately begin enforcement [against] all those who do not follow the guidelines,” Zohar told Army Radio.

If the cabinet meeting goes ahead, the Health Ministry was expected to ask for the lockdown to be extended by a week, with Channel 12 reporting that ministers are so far agreeing to only an additional four days.