Israel Rouhani: Israel Needs to Understand That Trump Is No Longer President
Israel 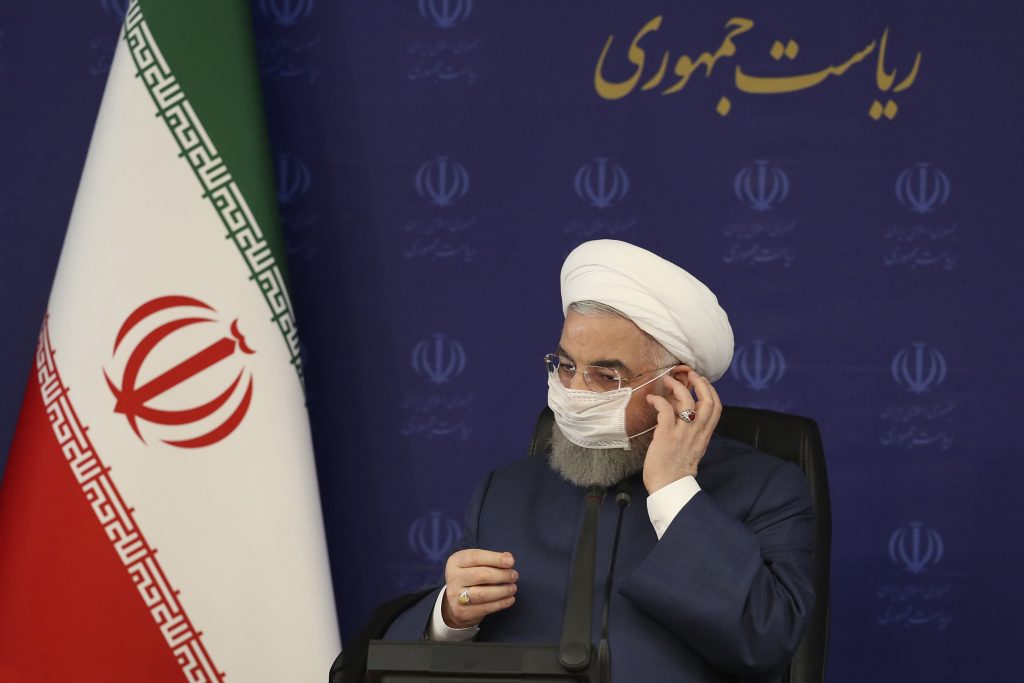 Iranian President Hassan Rouhani mocked statements by IDF Chief of Staff Aviv Kochavi and threatened to respond to any attacks.

In a statement released by Rouhani’s office Wednesday, the president called Kochavi’s plans to confront Iran over its nuclear program “worthless.”

Rouhani’s chief of staff added that Tehran “will not hesitate to defend our national security in the face of any threat.”

The head of the Iranian president’s office noted the change in American administrations, hinting that the new Biden White House may be less inclined to support Israeli actions against Iran than the previous administration.

“The Biden administration is independent. Israel needs to understand that Trump’s presidency is finished, and Israel doesn’t make Washington’s decisions.

“Israel doesn’t have the ability to strike Iran, and it doesn’t have a plan to do so. This is just psychological warfare.”

On Tuesday, Kochavi urged the Biden administration not to return to the 2015 Iran nuclear deal, adding that Israel is drawing up new plans to prevent Iran from obtaining nuclear weapons.

Kochavi said that ever since the Trump administration pulled out of the deal, Iran has gradually breached its key limits, building up its stockpile of low-enriched uranium, enriching uranium to higher levels of purity, and installing centrifuges in ways barred by the accord.

Kochavi said those actions by Iran, which denies it is seeking atomic arms, showed it could ultimately decide to push forward rapidly towards building a nuclear weapon.

“In light of this fundamental analysis, I have instructed the IDF to prepare a number of operational plans, in addition to those already in place,” Kochavi said.

“It will be up to the political leadership, of course, to decide on implementation, but these plans need to be on the table.”

Netanyahu had threatened possible Israeli strikes against Iran in the run-up to the accord. But a senior Israeli officer, who spoke to reporters in 2015 on condition of anonymity, underscored differences in Israel over the issue by saying a deal had potential security benefits.