National Moderna to Deliver Another 200 Million Doses by Summer
CoronavirusNational 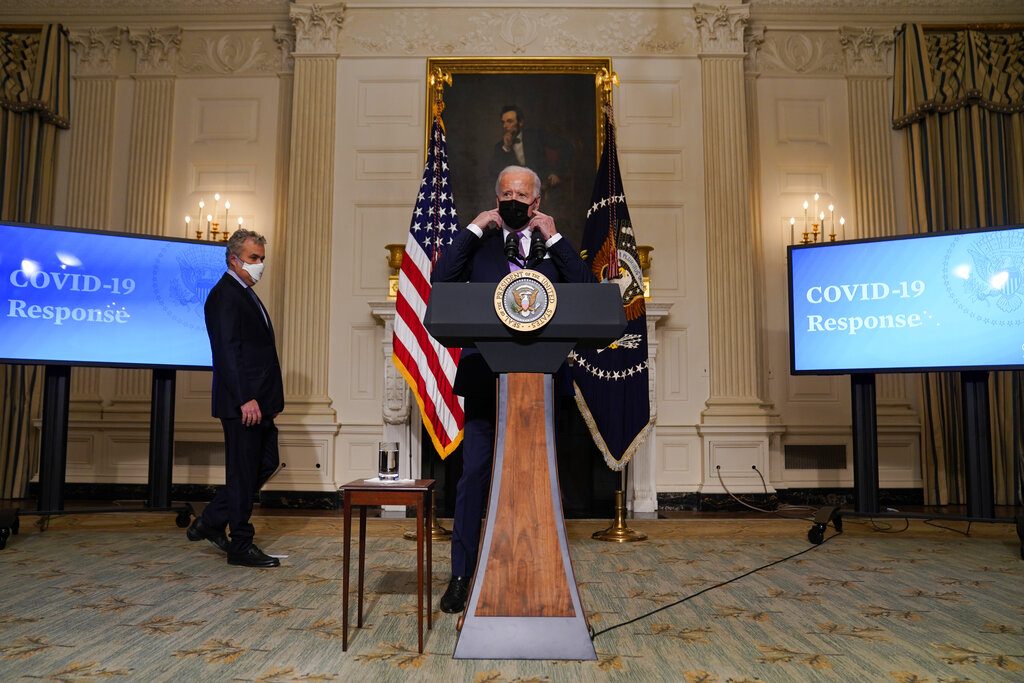 President Joe Biden announced his administration was in talks with Moderna to buy an additional 200 million doses, for a total of 600 million, therefore ensuring the United States would have at least two shots for nearly every citizen.

Moderna confirmed it was in talks to do so on Wednesday morning in a press release.

Biden also said the federal government would increase the number of vaccines in shipments being sent to states, after weeks of state officials worrying they did not have enough doses to meet their goals. The shipments would increase from 8.6 million to 10 million every week, and states would be informed of their shipments three weeks in advance, ABC News reported.

“We will both increase the supply in the short term by more than 15%, and give our states and local partners more certainty about when the deliveries will arrive. These two steps are going to help increase our prospects of hitting or exceeding — [G-d] willing — the ambitious goal of 100 million shots in 100 days,” Biden said in prepared remarks at the White House.

Companies producing the vaccine would be expected to scale up production in order to achieve the goals.

The administration will also increase vaccine accessibility by sending vaccines directly to community retail pharmacies, as these chains are found throughout the country and are widely trusted by the population, many of whom are used to going annually for the flu shot.

“The program will be incremental over time — it’ll be nationwide when it first starts, but it’ll only be some retail pharmacies within individual states and will grow along with supplies,” a government official told McClatchy DC.

“Using pharmacies is a good strategy to reach many places although many other providers are also expecting it,” said Dr. Julie Swann, an adviser to the Centers for Disease Control. “To reach our whole population, we will need to use many different settings, which can reach people in their community, and through channels they trust.”

These announcements are encouraging, but the grim reality is that the pandemic is raging throughout the country, and these winter months will likely continue to see high death tolls, even as the surge of cases eases. Even with more mass distribution of the vaccine, there are still tens of millions of people sick with coronavirus, and tens of thousands hospitalized.

“This is going to allow millions of more Americans to get vaccinated sooner than previously anticipated. We’ve got a long way to go, though,” Biden acknowledged.

He and his administration have been urging American to wear masks as the first line of defense against the coronavirus. Biden has set an example by wearing a mask in the Oval Office, and the White House released a public service announcement featuring Dr. Anthony Fauci putting on a cloth mask.