Israel Gov’t to Meet Thursday on Extension of Lockdown
CoronavirusIsrael 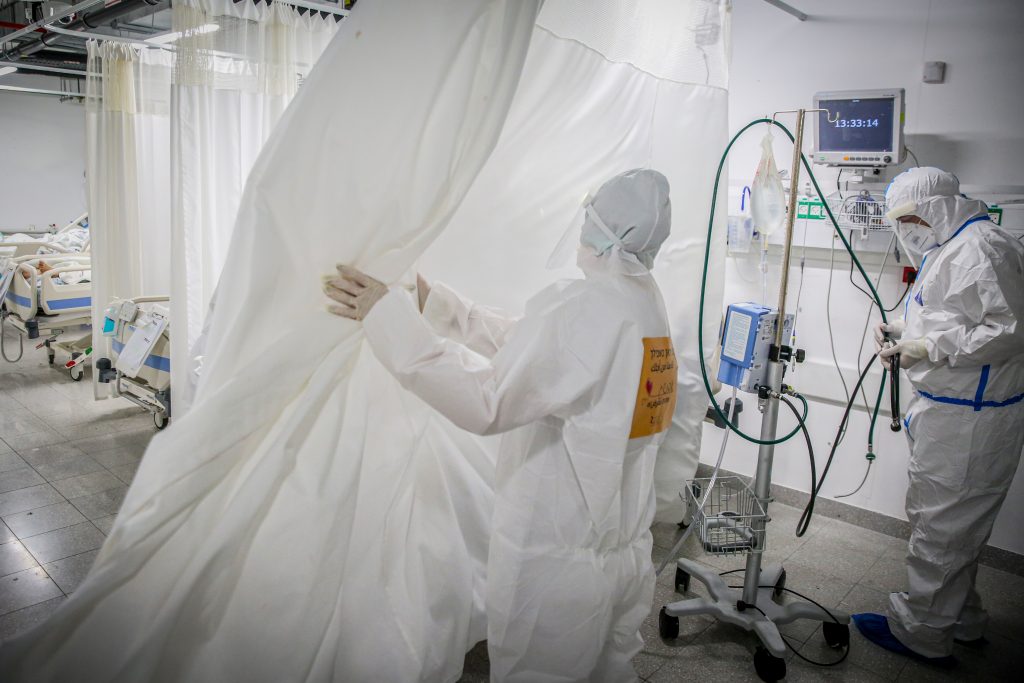 The government is set to meet on Thursday to discuss extending the lockdown and the closure of the skies, which are due to end on Jan. 31, Prime Minister Binyamin Netanyahu announced on Wednesday.

While visiting a vaccination center in Sderot with Health Minister Yuli Edelstein, Netanyahu vowed to prolong both measures to protect Israel from the coronavirus variants.

“We will decide for how long based on the morbidity rate,” he said, adding that he will propose also to seal all the land borders in addition to the airport.

Israel‘s plan to parlay its COVID-19 vaccination drive into an exit from the pandemic next month hangs in the balance as new variants of the virus have spurred an increase in infections, Deputy Health Minister Yoav Kisch said on Wednesday.

Highly infectious foreign variants are currently flooding Israeli hospitals with serious cases and the newly developed vaccines have yet to be proven fully effective against them, Kisch said.

Israel currently leads the world on per capita vaccinations, having inoculated about 30% of its population of nine million with at least one dose.

“We are in a war with very low intelligence [about the enemy],” Kisch told Reuters. “That means that things are changing as we go. The enemy is using different tactics and different methods that we are not fully aware of.”

Israel began vaccinating high-risk groups on Dec. 19 in what Prime Minister Binyamin Netanyahu predicted would provide them with full protection by the end of this month and enable the economy to begin reopening in February.

But despite expanded eligibility criteria for the Pfizer Inc. vaccines and the imposition of a third national lockdown, infections and deaths are surging.

Israel‘s projections of a vaccine-fueled turnaround last week proved false, Kisch said. Now it is hoping to see in the coming two weeks a reduction in morbidity as well as solid research data showing that the vaccines defeat the variants.

“We are optimistic because, as of now, the knowledge regarding this vaccine is [that it is] effective against them,” Kisch said.

If that is correct, that means a delay of only two to four weeks in Israel‘s planned exit from the pandemic, he said. If not, Israel could be facing a further delay of six to eight months.

“We’ll have to wait for a new development of a vaccine that will give the answer against this mutation,” Kisch said.

Asked what hospitalization data would give Israel cause for hope, Kisch said it had not set a threshold. But if the 2% rate of serious cases among COVID-19 sufferers could be halved, that would “make a huge difference.”