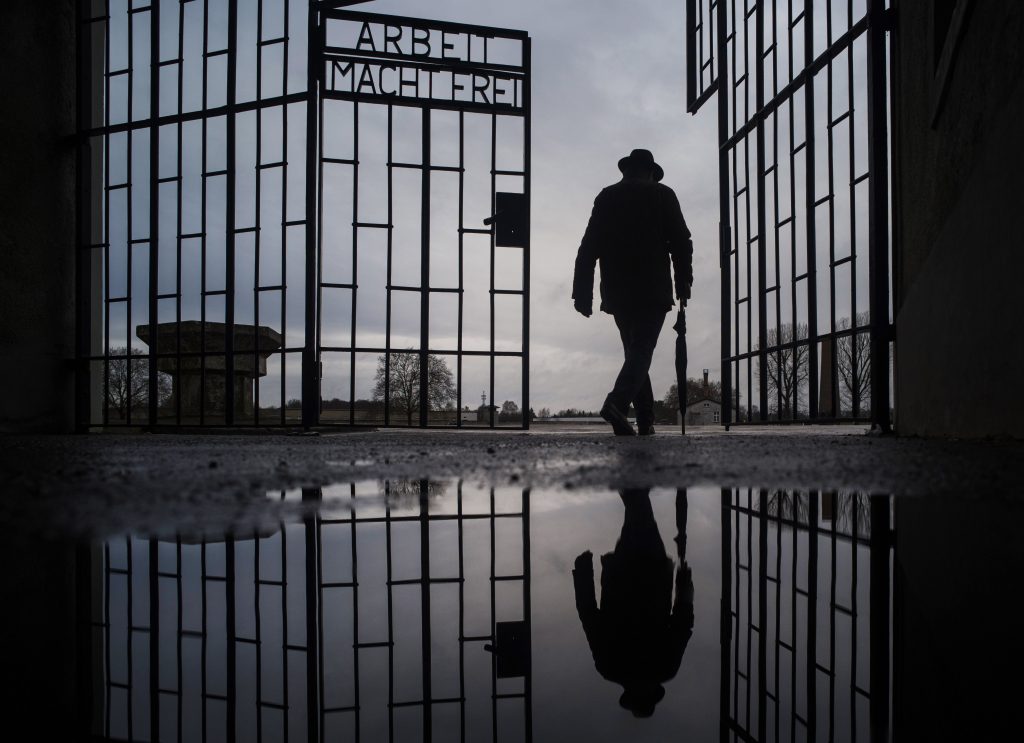 Hundreds of Holocaust survivors in Austria and Slovakia were poised to get their first coronavirus vaccination Wednesday, acknowledging their past suffering with a special tribute 76 years after the liberation of the Auschwitz death camp, where the Nazis murdered more than one million Jews, Hy”d.

“We owe this to them,” said Erika Jakubovits, the Jewish Community of Vienna organizer of the vaccination drive. “They have suffered so much trauma and have felt even more insecure during this pandemic.”

More than 400 Austrian survivors, most in their 80s or 90s, were expected to get their first coronavirus shot at Vienna’s largest vaccination center, set up in the Austrian capital’s convention center. Some were being brought by shuttle or by ambulance, while others were being brought in by their children. The fittest among them were even planning on taking the subway.

Jakubovits organized the vaccination drive with the support from the Austrian Health Ministry and Vienna city officials. Twelve doctors, all members of the Viennese Jewish community, volunteered to vaccinate the survivors.

Though organized to take place on what is known as International Holocaust Remembrance Day, vaccinations were not just being offered to survivors of the Shoah, but also all other Jews in the area older than 85.

Some survivors from Vienna’s 8,000-person strong Jewish community already received the vaccination in December, when residents of the community’s Jewish nursing home were vaccinated, Jakubovits said.

More broadly, a majority of elderly Austrians living in nursing homes have already received the first shot of a vaccine against COVID-19, the Austrian news agency APA reported.

Earlier this week, the president of the European Jewish Congress, or EJC, called on all countries in the European Union to ensure that Holocaust survivors have access to coronavirus vaccines as quickly as possible.

With the end of World War II now more than seven decades ago, the world’s approximately 240,000 Holocaust survivors are all elderly. Since many were deprived of proper nutrition when they were young, they suffer from numerous medical issues today. In addition, many live isolated lives, having lost their entire families, and also have psychological stresses because of their persecution under the Nazis.

More than six million European Jews were murdered by the Nazis during the Third Reich, Hy”d.

The vast majority of those killed in the Auschwitz death camp were Jews from across Europe, but other non-Jewish prisoners, including Poles, Roma and Soviet soldiers, were also among the victims.

About 192,000 Jews lived in Austria before World War II. After the annexation of Austria by Nazi Germany in 1938, which was enthusiastically supported by many Austrians, more than 100,000 Jews fled the country.

Tens of thousands were murdered in death camps and by the end of the war in 1945, only very few Austrian Jews remained in the country, most having hidden from the Nazis.

The EJC estimates that today only about 20,000 Holocaust survivors still live in the European Union.

”Throughout their lives, they have shown mighty strength of spirit, but in the current crisis, many have sadly died alone and in pain, or are now fighting for their lives, and many others are suffering from extreme isolation,” said Moshe Kantor, the head of the EJC. “We have a duty to survivors, to ensure that they are able to live their last years in dignity, without fear, and in the company of their loved ones.”

Vaccination efforts across the EU’s 27 nations have been off to a slow start with not enough doses available, leading to wide criticism of officials.

In a similar project to that in Vienna, the Jewish community of Bratislava in Slovakia was also to vaccinate survivors on Wednesday.

“We’re very, very grateful that the vaccinations are taking place on this symbolic day,” said Tomas Stern, the head of the Jewish community in Bratislava.

Some 128 survivors were to receive their first shot at Bratislava’s Jewish community center on Wednesday and another 330 across the country in the coming days.

In Israel, home to many Holocaust survivors, more than 80% of those over 70 have already received at least one dose of the vaccine, and nearly 60% have received the second dose. Because Israel’s vaccination campaign has moved so quickly, there was no need to single out Holocaust survivors.

Still, about 900 Holocaust survivors died of COVID-19 in Israel last year before vaccines were available and about 5,300 survivors were infected, according to Israel’s national statistics office.