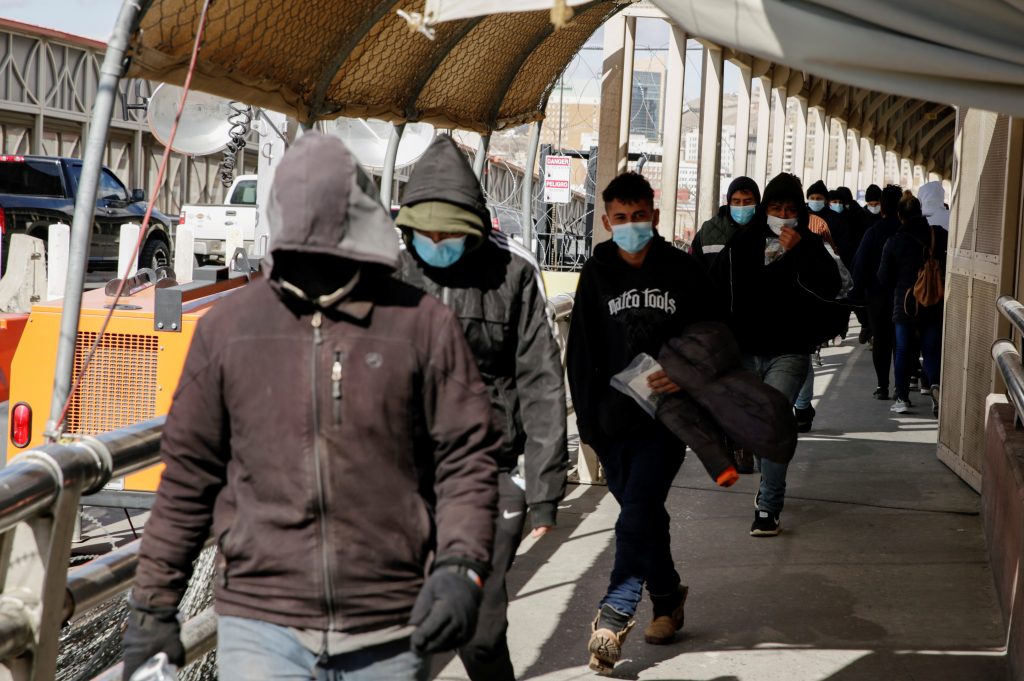 Immigrant rights activists energized by a new Democratic administration and majorities on Capitol Hill are gearing up for a fresh political battle to push through a proposed bill from President Joe Biden that would open a pathway to citizenship for up to 11 million people.

The multimillion-dollar campaign was launched Monday by national groups including United We Dream and the United Farm Workers Foundation.

“We are home,” a young woman’s voice declares in the first video spot showing immigrants in essential jobs such as cleaning and health care. “Home, even when they say we don’t belong.”

The effort is a longshot. Immigration remains a third rail dividing Republicans and Democrats in the U.S. and opponents of the measure have pledged to fight it. Although Democrats now account for 50 of 100 senators, with a deciding vote by Vice President Kamala Harris, the bill will need at least 60 votes to pass.

The effort offers hope to immigrants like Daniela Murguía, a University of Washington graduate who lives in the Seattle suburb of Renton. Murguía’s family brought her here from Mexico in 2008 when she was 11 and she has no legal status or protections. She recently raised millions of dollars in coronavirus pandemic aid for immigrants living in the U.S. illegally and lobbied to include such help in the state budget.

Under Biden’s bill, most people like Murguía would wait eight years for citizenship, but those enrolled in the Delayed Action for Childhood Arrivals program, or DACA; those with temporary protective status after fleeing violence-wracked countries; and farm workers would wait three years. The bill includes protections for other kinds of immigrants.

Opponents note that President Ronald Reagan’s 1986 amnesty for nearly 3 million immigrants was followed by a flood of new arrivals. But immigration enforcement has expanded greatly since, and Biden’s proposal calls for more technology at land crossings, airports and seaports even as he halts construction of former President Donald Trump’s signature border wall.

“I think it has zero chance of passing,” he said.

But the activists have changing public opinion on their side.

Seven in 10 voters said they preferred offering immigrants in the U.S. illegally a chance to apply for legal status, compared with about 3 in 10 who thought they should be deported to their birth country, according to AP VoteCast. The November survey of more than 110,000 voters showed 9 in 10 Biden voters and about half of Trump voters favored creating a way for people to legalize their status.