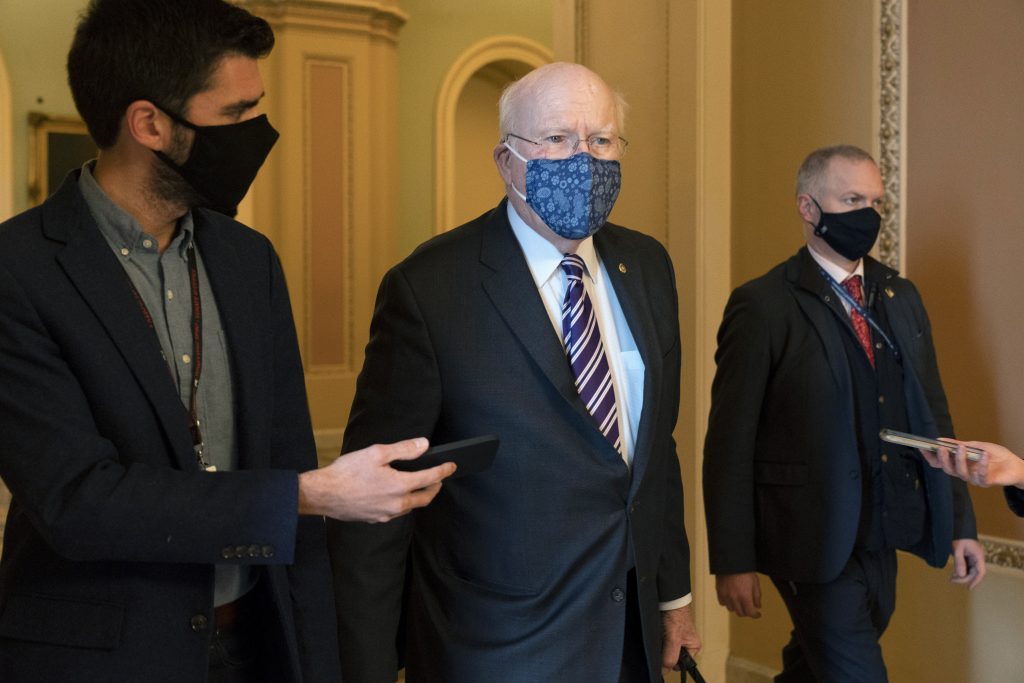 Vermont Sen. Patrick Leahy was taken to a hospital Tuesday evening after not feeling well, a spokesman said, hours after the 80-year-old Democrat began presiding over the impeachment trial of former President Donald Trump.

Leahy, who’d been in his Capitol office, was taken to the hospital “out of an abundance of caution” after being examined by Congress’ attending physician, Leahy spokesman David Carle said.

Leahy had commenced his role of overseeing Trump’s latest impeachment trial by swearing in his fellow lawmakers. The actual trial will begin next month.

Leahy is presiding because he is the Senate’s president pro tempore, a largely ceremonial post. Chief Justice John Roberts presided over Trump’s first impeachment trial a year ago when Trump was still president.

Carle’s statement did not name the hospital to which Leahy was taken or provide further detail about his condition.

Leahy will be chairman once again this year of the Senate Appropriations Committee, a panel that controls a large chunk of the federal budget and will be in the middle of President Joe Biden’s effort to provide more spending to combat the pandemic and recharge the economy.

Leahy is the fifth-oldest current senator. Sen. Dianne Feinstein, D-Calif., 87, is the oldest.