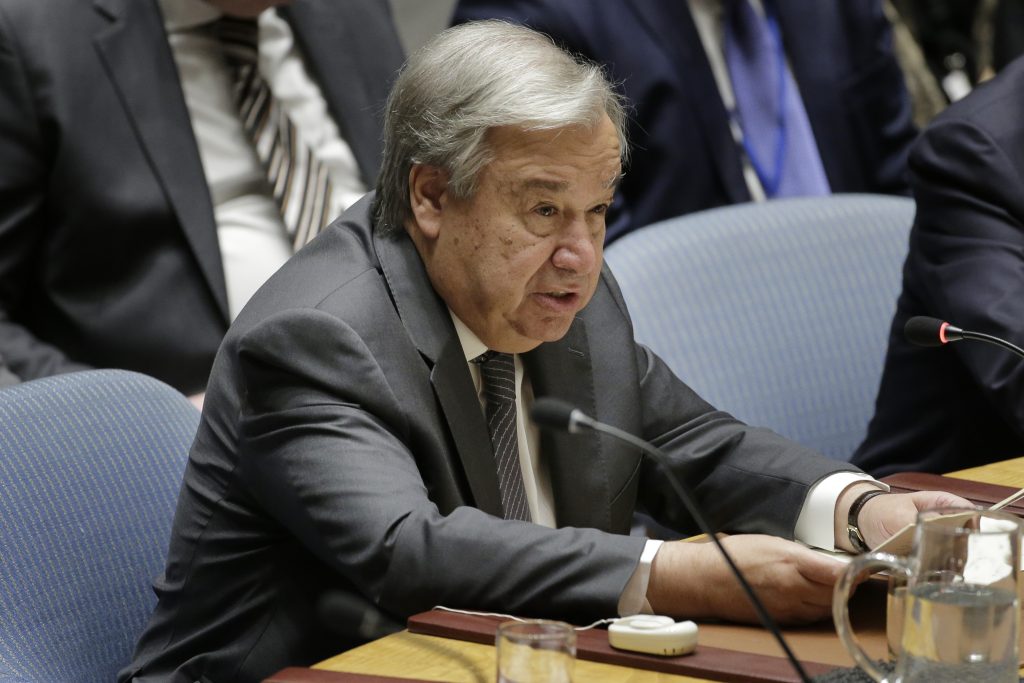 Secretary-General Antonio Guterres urged coordinated global action on Monday to build an alliance against the growth and spread of neo-Nazism and white supremacy and the resurgence of xenophobia, anti-Semitism, and hate speech sparked partly by the COVID-19 pandemic.

The U.N. chief also urged international action “to fight propaganda and disinformation.” And he called for stepped up education on Nazi actions during World War II, stressing that almost two-thirds of young Americans do not know that 6 million Jews were killed during the Holocaust.

He said the pandemic “has exacerbated longstanding injustices and divisions.

“Propaganda linking Jews with the pandemic, for example, by accusing them of creating the virus as part of a bid for global domination, would be ridiculous, if it were not so dangerous,” he said. “This is just the latest manifestation of an anti-Semitic trope that dates back to at least the 14th century, when Jews were accused of spreading the bubonic plague.”

The secretary-general said it’s sad but not surprising that the pandemic has triggered another eruption of Holocaust denial, distortion and minimizing history.

“In Europe, the United States and elsewhere, white supremacists are organizing and recruiting across borders, flaunting the symbols and tropes of the Nazis and their murderous ambitions,” he said. “Tragically, after decades in the shadows, neo-Nazis and their ideas are now gaining currency,”

Guterres said U.S. authorities have warned that neo-Nazis are on the rise across the country and around the world. In some unnamed countries, he said, neo-Nazis have infiltrated police and state security services and their ideas can be heard in debates of mainstream political parties.

“The continued rise of white supremacy and neo-Nazi ideology must be seen in the context of a global attack on truth that has reduced the role of science and fact-based analysis in public life,” he said.

Guterres said fragmentation of the traditional media and the growth of social media are contributing to the absence of shared facts.

“We need coordinated global action, on the scale of the threat we face, to build an alliance against the growth and spread of neo-Nazism and white supremacy, and to fight propaganda and disinformation,” he said.