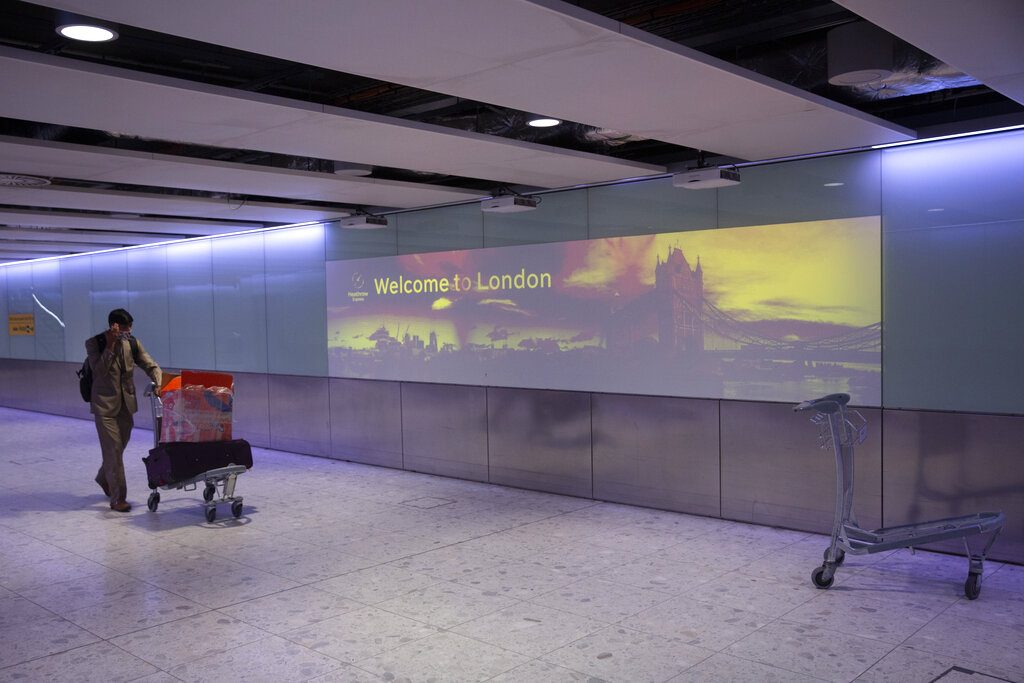 Britain appears ready to order some travelers arriving from abroad to isolate in hotels at their own expense in an attempt to stop the import of new virus variants.

Vaccines Minister Nadhim Zahawi said there would be an announcement Tuesday on plans for tighter border measures. The BBC reported that U.K. citizens and residents arriving from most of southern Africa and South America, as well as Portugal, will have to self-isolate in a hotel for 10 days at their own expense.

Quarantine hotels have been used to limit virus transmissions in countries including Australia, New Zealand, China, India and Singapore, but the practice has not been widely adopted in Europe.

Zahawi did not give details of the planned announcement but said tightening border rules was “the right thing to do, because … as we vaccinate more of the adult population, if there are new variants like the South African or the Brazilian variants, we need to be very careful.”

Opposition politicians and public health officials have criticized Britain’s Conservative government for not closing the country’s borders earlier in the pandemic.

People arriving from overseas are already required to self-isolate in Britain, but enforcement is patchy.

The U.K. will soon become the fifth country in the world to record 100,000 COVID-19 deaths, after the United States, Brazil, India and Mexico — all of which have much larger populations than Britain’s 67 million people. As of Monday, the U.K.’s official coronavirus death toll was 98,531.

British authorities are banking on a successful vaccination program to help the country suppress the outbreak and ease its current lockdown. So far more than 6.5 million people have received the first of two doses of a vaccine, and the government aims to give 15 million people, including everyone over 70, a jab by Feb. 15.