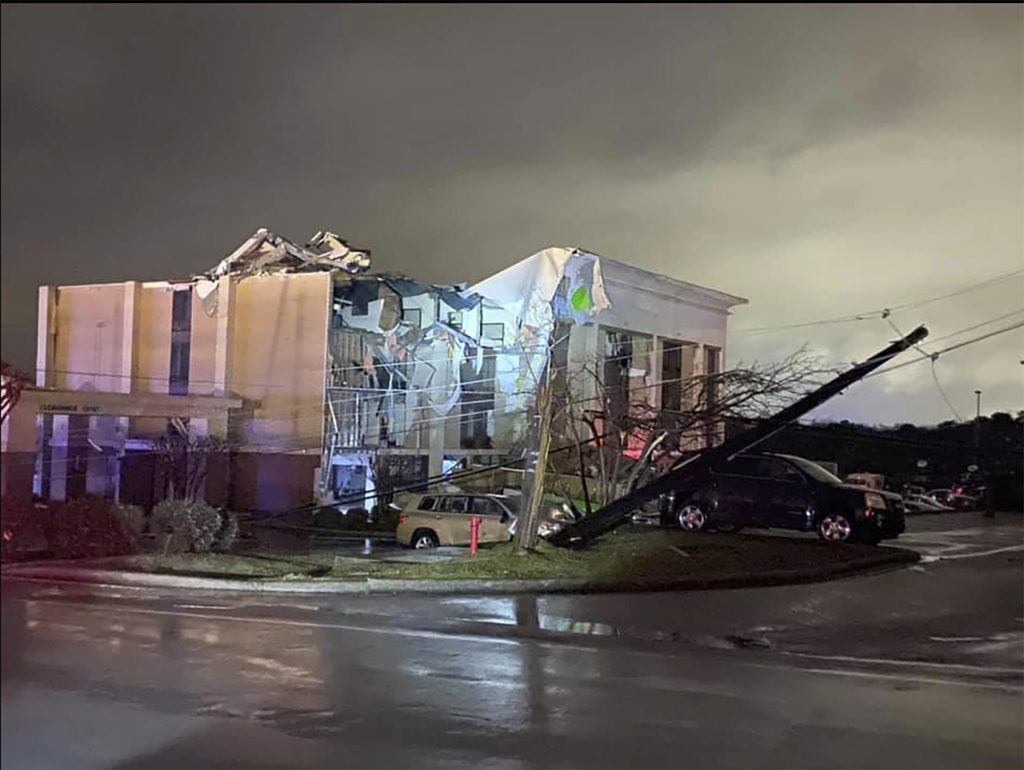 The damage is being evaluated to determine the strength of the tornado, which hit the Fultondale area of Jefferson County late Monday night, the National Weather Service in Birmingham said.

Injuries ranging from minor to severe have been reported but search and rescue efforts are still ongoing, said James Coker, the director of the Jefferson County Emergency Management Agency.

“Our current goal is always life safety,” Coker said. “That is not only for the people who may have been injured but also the first responders who assist them.”

A tornado watch has been lifted in Jefferson County but nearby areas, including Clanton and western Georgia, are still being monitored.

Coker said Interstate 65 near Walker Chapel Road is closed due to downed power lines and debris. He also said workers are currently removing obstacles from the roadways.

Several residential homes and buildings were damaged in the storm, including a Hampton Inn hotel, which sustained significant structural damage.

Coker said residents are being urged to remain alert and stay out of the area to allow first responders to continue operations.