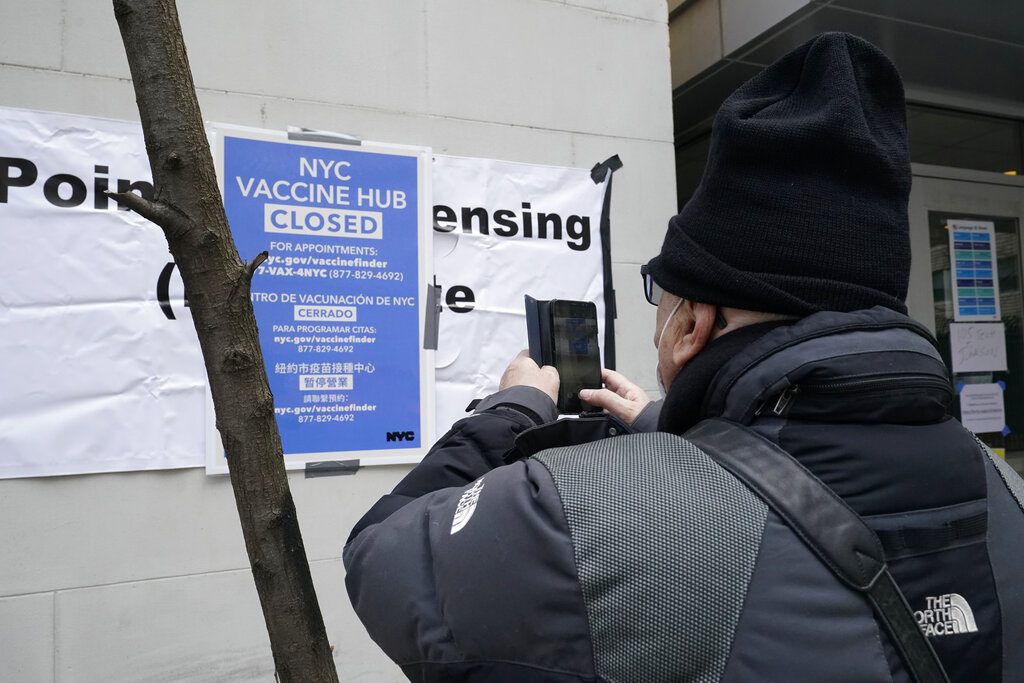 New York City’s supply of coronavirus vaccine doses has dipped to roughly 7,700 doses as of Tuesday morning as the city ramps up vaccinating eligible populations. However, nearly 100,000 doses are in storage throughout the city, to be utilized for people’s second shot.

Mayor Bill de Blasio pleaded to be allowed to utilize vaccine doses set aside for people’s second shot during his Tuesday press conference so the city can keep up with its ambitious expectations to vaccinate tens of thousands a week.

He noted that he was encouraged by the Biden administration’s commitment to sending doses to states, but that there was still a lag between when New York needed supplies and when the federal government sent more vaccines.

The current federal guidelines mandate that states are required to set aside enough second doses to cover people who have already received their first dose, something de Blasio is asking to change.

“We have almost no supply to allow us to create new opportunities for people, new appointments for people,” said de Blasio. “[Here’s] an opportunity to do something here now – just put those second doses into play…I really believe that when we move the second doses up and use them for first doses whenever possible, it just allows us to do the most essential thing, which is protect people. Fifty percent protection for a senior citizen is so much better than no protection at all.”

Due to the lack of available doses, hospitals and private clinics do not allow people to currently register for an appointment. At most, people can apply to be on a waiting list to find out when they can have an appointment. For people who did manage to make appointments, many of them have been pushed off by a week or two, and some have been canceled.

The city has halted plans to convert Yankee Stadium and Citi Field into massive vaccination sites, and at least fifteen vaccination sites throughout the five boroughs, most of them public high schools and colleges, have been temporarily closed due to lack of supply. At least 22,000 appointments were delayed by a week, the New York Post reported.

Those who received their first shot and have appointments to receive their second will, as of now, be able to receive the second dose as scheduled.

NYC residents seeking to information on vaccination sites and to arrange an appointment can call 1-877-VAX-4NYC or click here.