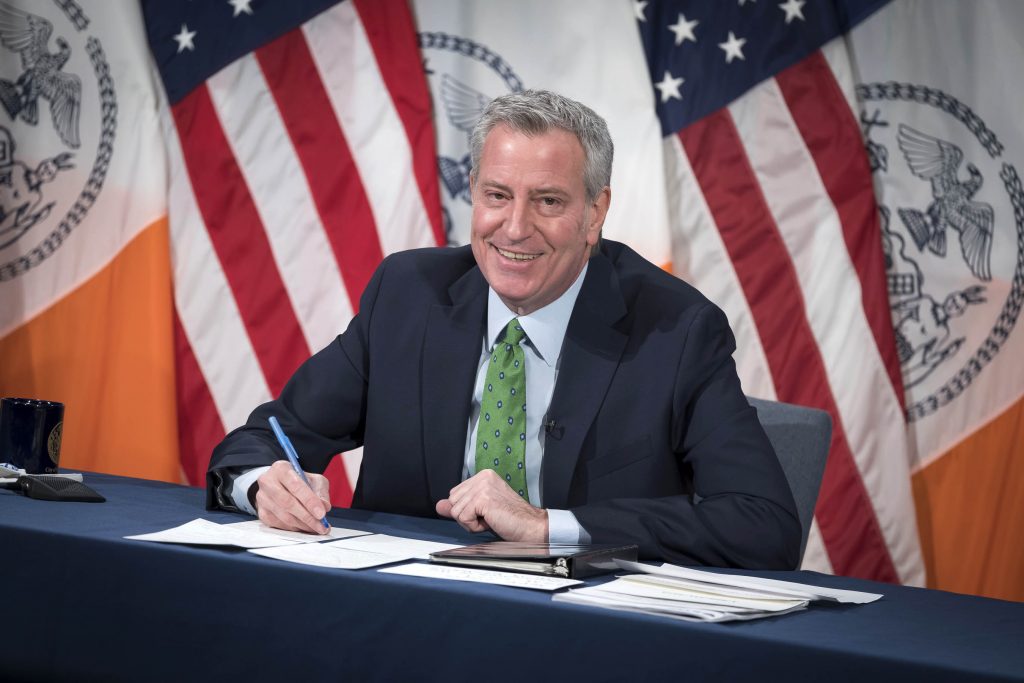 The New York City Employees’ Retirement System (NYCERS) and New York City Teachers’ Retirement System (TRS) and the approved the move in 2018, and the process began this week. The divestment system, and move to invest in clean energy through the fund, is expected to be completed in 2025. It will be one of the largest divestment pushes internationally.

Since 2018, Seattle and London have pledged to divest, as well as several powerful and wealthy colleges and businesses.

“In New York City, we don’t just talk about fighting climate change — we put our money where our mouth is. Our city pension funds are divesting $4 billion from fossil fuels that are bad for our city, for our residents, and a bad investment. We’re happy to lead the way,” de Blasio said. He even wore a green tie to celebrate the environmentally friendly initiative.

“Climate change is the fight of our lives, and we must face it head on with everything we’ve got – for our planet, for our children, and for our retirees,” said Stringer. He thanked the unions and climate activists who fought for and voted for the divestment.

“New York City is leading the way forward because we know the future is on the side of clean energy,” Stringer said. “I’m proud of the trustees, advocates and investment experts who worked with us to ensure a fiscally prudent and environmentally responsible divestment process and a greener future for generations to come.”