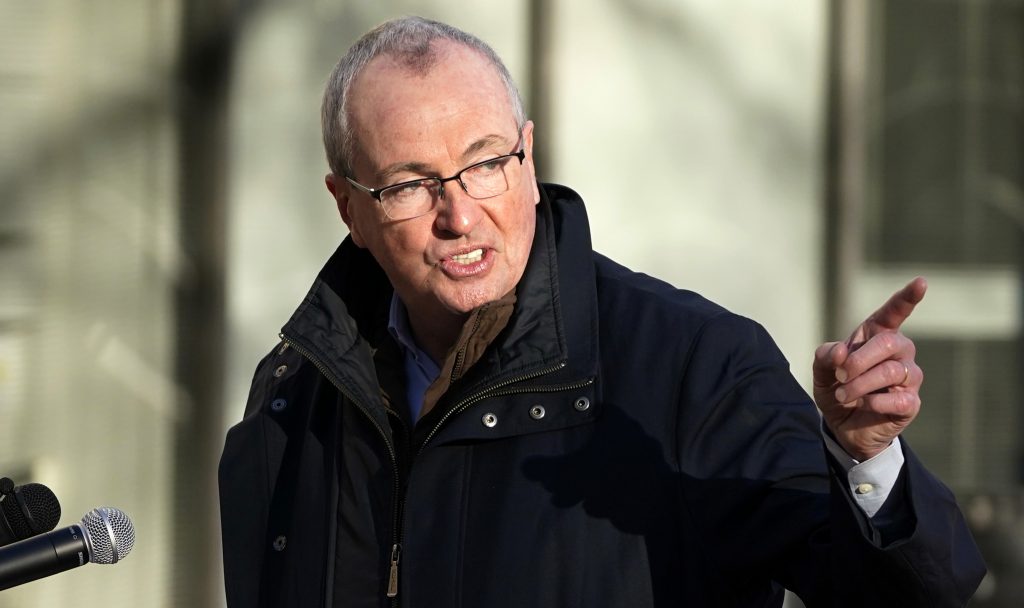 The Democrat said that’s basically all New Jersey needs at this point.

Murphy spoke Monday afternoon with The Associated Press and said that New Jersey, like other states around the country, is grappling with too few vaccines to meet the demand.

“Manufacture,” he said, pausing briefly when asked what he would tell President Joe Biden the most urgent need is for states. “The top of the list right now has got to be ramping up the manufacture of vaccine doses.”

The lack of supply has emerged as a central concern about gaining control over the virus, which has resulted in the deaths of more than 18,000 New Jersey residents, nearly 600,000 infections and almost 2 million unemployment claims in the state.

The supply question underpins nearly everything else, especially the rollout of vaccine eligibility. Murphy has put it this way: The state has more than 200 distribution sites, including six mass vaccination sites; it has determined millions of residents are eligible, but “all we are missing are vaccine doses.”

On Tuesday, Biden announced the federal government was purchasing enough vaccines to protect 300 million Americans, as well as surging doses to the states by an increase of about 16% over the coming weeks.

Murphy pointed out that the vaccine shipments that reached New Jersey were lower than what the state was told to expect.

New Jersey is currently receiving about 100,000 doses of the vaccine a week, but needs closer to about 500,000 in order to meet demand, health officials have said.

So far, more than 580,000 doses have been administered in the state. That’s about 6.5% of the state’s nearly 9 million people who have received either one or both doses. Nationally, 5.8% of the population has received at least one dose, according to the Centers for Disease Control and Prevention.

Murphy, who is running for reelection this year, expressed optimism that supply would be ramped up with relief coming by the unofficial start of summer.

“We think we are peaking as we speak,” he said. “You get through into the second quarter. I’ve been talking about Memorial Day lately because it’s one of our favorite holidays because we open the shore Memorial Day weekend. … If I’m wrong it’s only a question of degree. I don’t think it’s a question of we missed that by six months.”