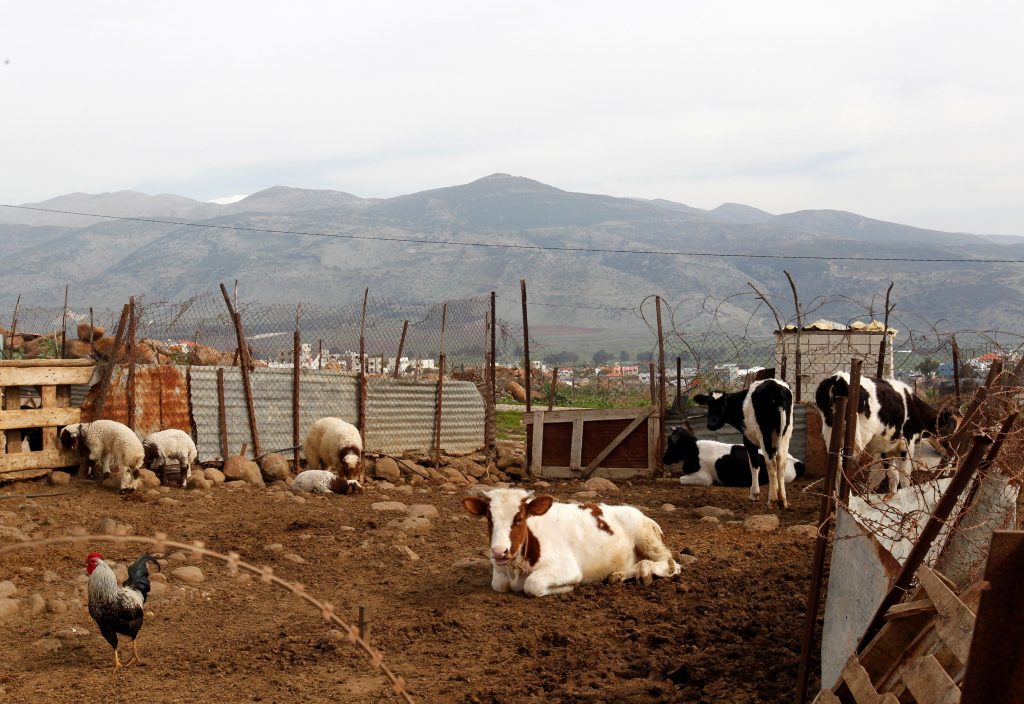 The Israeli military said on Tuesday cows which crossed from Lebanon would be returned, after cattle herders from a Lebanese border village accused Israeli soldiers of taking the animals which have grazed freely near the disputed frontier for decades. The IDF denied the cows had been taken.

The herders from the village of Wazzani say Israeli patrols crossed into a grey zone on Sunday between a fence that separates the countries and the ‘Blue Line’ that constitutes the United Nations-designated frontier, taking seven cows.

“For 20 years and more these cows are there, from the time of our grandparents, and this is the first time that someone has taken them,” said villager Kamal al-Ahmad, who said he lost three cows.

The Israeli military spokesman’s office said the IDF had not taken the cows. It said a few cows had crossed the fence and the Blue Line from Lebanese territory during “IDF activity,” after which the gate was locked.

“The cows, which are still in Israeli territory, will be returned in accordance with the relevant authorities,” it said in a statement.

A cow is worth around $2,000 and the loss of an animal is significant for farmers living through Lebanon’s financial crisis.

The area near a river where the Wazzani cows graze is only around 200 yards from Israel.

“We are aware of the alleged incident and we are in touch with both parties in relation to this issue,” the U.N. Interim Forces in Lebanon (UNIFIL) spokesperson Andrea Tenenti said. The U.N. peacekeeping force monitors the boundary.