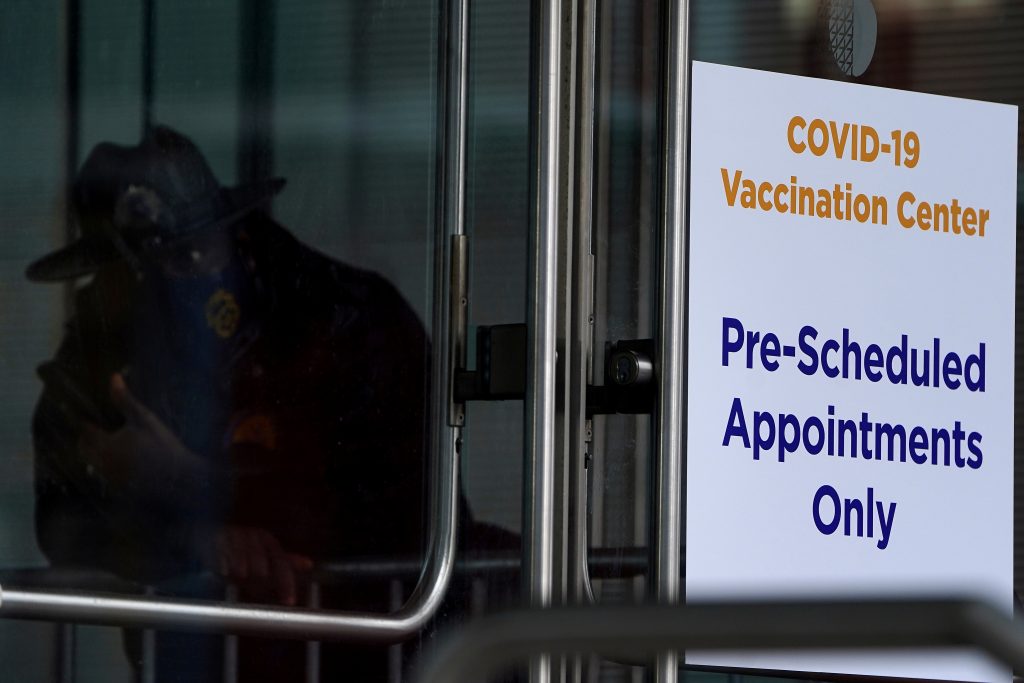 President Joe Biden appeared to boost his goal for coronavirus vaccinations in his first 100 days in office, suggesting the nation could soon be injecting 1.5 million shots on an average per day.

Biden signaled on Monday his increasing bullishness on the pace of vaccinations after signing an executive order to boost government purchases from U.S. manufacturers. It was among a flurry of moves by Biden during his first full week to show he’s taking swift action to heal an ailing economy as talks with Congress over a $1.9 trillion stimulus package showed few signs of progress.

Biden reiterated that he believes the country is in a precarious spot and and that relief is urgently needed, even as he dismissed the possibility of embracing a scaled-down bill to secure passage faster. Among the features of the stimulus plan are a national vaccination program, aid to reopen schools, direct payments of $1,400 to individuals and financial relief for state and local governments.

“Time is of the essence,” Biden said. “I am reluctant to cherry-pick and take out one or two items here.”

Biden’s new vaccination target comes after he and his aides faced criticism for the 100 million goal in his first 100 days in office. The U.S. has exceeded a pace of 1 million doses per day over the last week.

Biden added that he expects widespread availability of the vaccines for Americans by spring, with the U.S. “well on our way to herd immunity” necessary to end the pandemic by summer. Even so, he warned the nation was going to be “in this for a while, and could see between “600,000 and 660,000 deaths before we begin to turn the corner in a major way.”