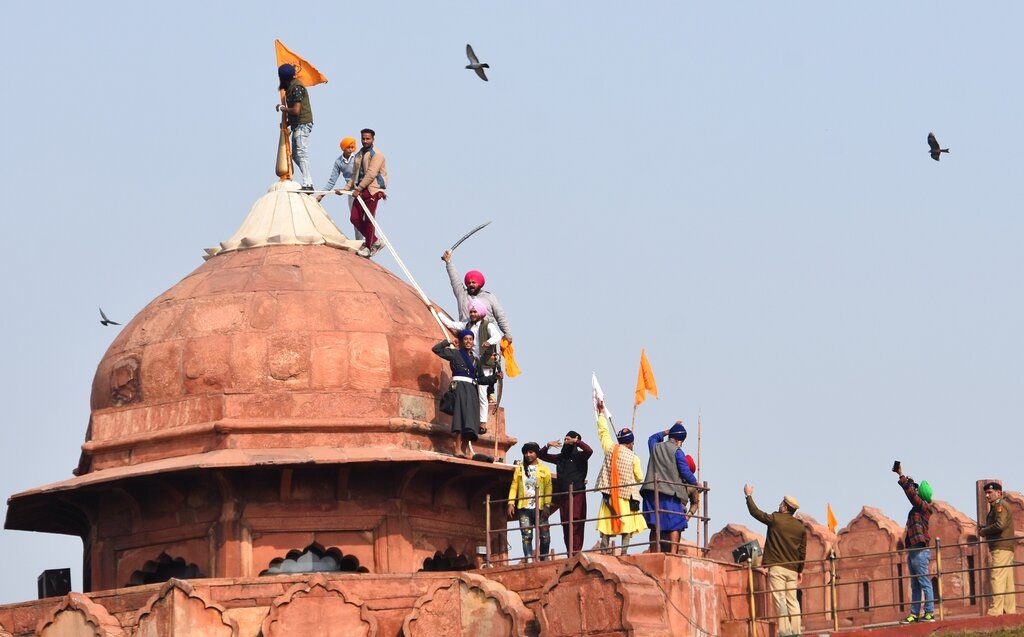 They waved farm union and religious flags from the ramparts of the fort, where prime ministers annually hoist the national flag to mark the country’s independence.

Thousands more farmers marched on foot or rode on horseback while shouting slogans against Prime Minister Narendra Modi. At some places, they were showered with flower petals by residents who recorded the unprecedented rally on their phones.

Police said one protester died after his tractor overturned, but farmers said he was shot. Protesters laid his body on the road after draping it in an Indian flag and sat around it. Television channels showed several bloodied protesters. Leaders of the farmers said more than 10,000 tractors joined the protest.

For nearly two months, farmers — many of them Sikhs from Punjab and Haryana States — have camped at the edge of the capital, blockading highways connecting it with the country’s north in a rebellion that has rattled the government. They are demanding the withdrawal of new laws which they say will commercialize agriculture and devastate farmers’ earnings.

“We want to show Modi our strength,” said Satpal Singh, a farmer who drove into the capital on a tractor along with his family of five. “We will not surrender.”

Riot police fired tear gas and water cannons at numerous places to push back the rows upon rows of tractors, which shoved aside concrete and steel barricades. Authorities blocked roads with large trucks and buses in an attempt to stop the farmers from reaching the center of the capital. Thousands, however, managed to reach some important landmarks.

Farmers are the latest group to upset Modi’s image of imperturbable dominance in Indian politics.

Since returning to power for a second term, Modi’s government has been rocked by several convulsions. The economy has tanked, social strife has widened, protests have erupted against discriminatory laws and his government has been questioned over its response to the pandemic.