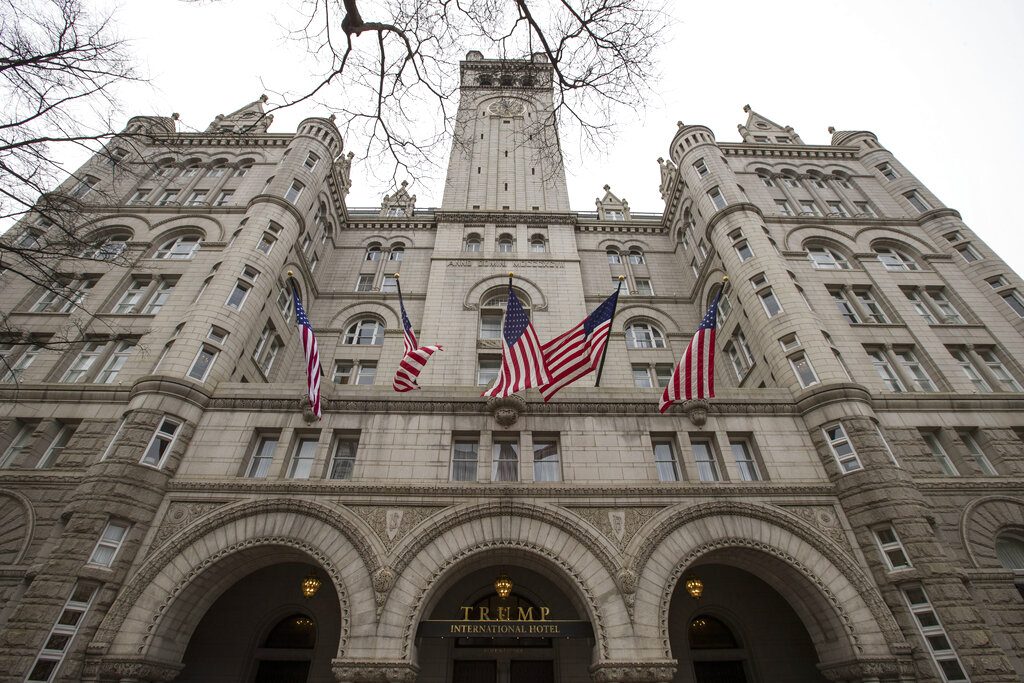 The Supreme Court on Monday brought an end to lawsuits over whether Donald Trump illegally profited off his presidency.

The justices threw out Trump’s challenge to lower court rulings that had allowed lawsuits to go forward alleging that he violated the Constitution’s emoluments clause by accepting payments from foreign and domestic officials who stay at the Trump International Hotel and patronize other businesses owned by the former president and his family.

The high court also ordered the lower court rulings thrown out as well and directed appeals courts in New York and Richmond, Virginia, to dismiss the suits as moot now that Trump is no longer in office.

The outcome leaves no judicial opinions on the books in an area of the law that has been rarely explored in U.S. history.

The cases involved suits filed by Maryland and the District of Columbia, and high-end restaurants and hotels in New York and Washington, D.C., that “found themselves in the unenviable position of having to compete with businesses owned by the President of the United States.”

The suits sought financial records showing how much state and foreign governments have paid the Trump Organization to stay and eat at Trump-owned properties.

Other cases involving Trump remain before the Supreme Court, or in lower courts.

Trump is trying to block the Manhattan district attorney ‘s enforcement of a subpoena for his tax returns. Lower courts are weighing congressional subpoenas for Trump’s financial records. And the justices also have before them Trump’s appeal of a decision forbidding him from blocking critics on his Twitter account. Like the emoluments cases, Trump’s appeal would seem to be moot now that he is out of office and also had his Twitter account suspended.