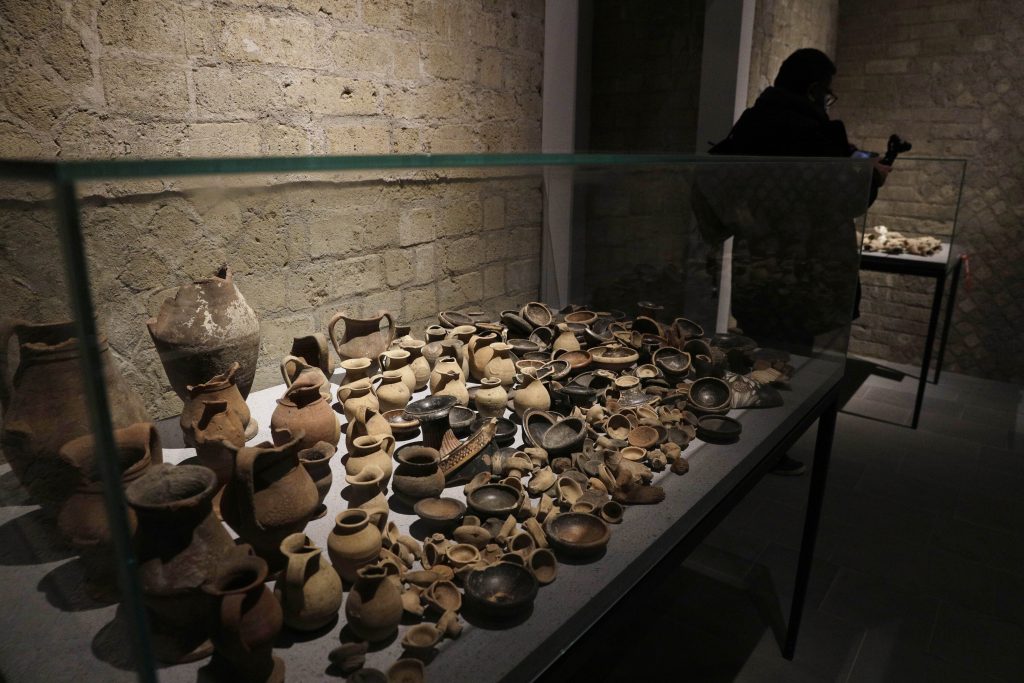 Decades after suffering bombing and earthquake damage, Pompeii’s museum has been reborn, showing off exquisite finds from excavations of the ancient Roman city.

Officials of the archeological park of the ruins of the city destroyed in 79 CE by the eruption of Mount Vesuvius inaugurated the museum on Monday.

Known as the Antiquarium, the museum gives Pompeii a permanent exhibition space. Visitors can see sections of frescoed walls from the sprawling city’s unearthed villas, examples of some of the graffiti unearthed by archaeologists as well as household objects ranging from silver spoons to a bronze food-warmer, items of the everyday life that was snuffed out by the volcanic explosion.

First opened in about 1873, the Antiquarium was damaged by bombing during World War II and again in 1980, when a deadly earthquake rocked the Naples area. Since the quake, the museum had been closed, although it was reopened in 2016 as a space for temporary exhibitions.

The Antiquarium’s displays also document Pompeii’s history as a settlement several centuries before it became a flourishing Roman city.

Due to Italy’s COVID-19 pandemic travel restrictions, currently only visitors from Italy’s Campania region, which includes the Naples area and the Pompeii ruins, can see the museum.

Pompeii is one of Italy’s top tourist attractions, and when mass tourism eventually resumes, entrance tickets to the ruins will also include a visit to the Antiquarium.

The re-opening of the museum after so many decades of travail is “a sign of great hope during a very difficult moment,” Pompeii’s long time director, Massimo Osanna, said. He was referring to the harsh blow that the pandemic’s travel restrictions have dealt to tourism, one of Italy’s biggest revenue sources.

Large swaths of Pompeii remain to be excavated. While tourism virtually ground to a halt during the pandemic, archaeologists have kept working.

Just a month ago, Osanna revealed the discovery of an ancient fast-food eatery at Pompeii. Completely excavated, the find helped to reveal dishes popular with the citizens of the ancient city who apparently were partial to eating out, including what was on the menu the day that Pompeii was destroyed.