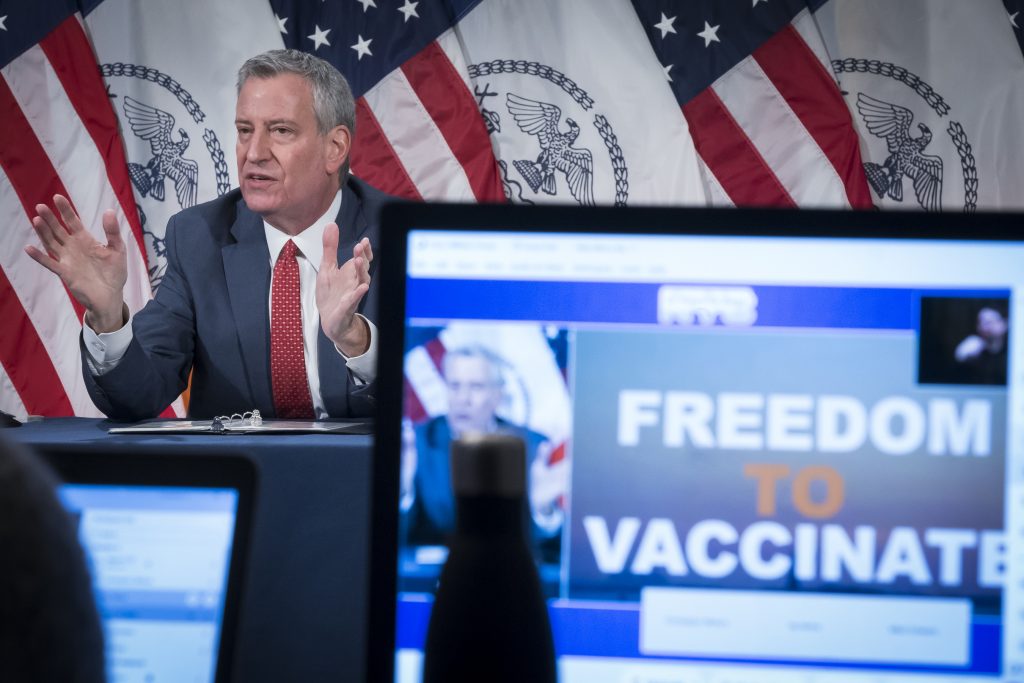 New York City could administer 500,000 COVID-19 vaccine doses a week if it had enough supply, but instead has been forced to put off opening mass vaccination sites as it waits for vaccine production to speed up, Mayor Bill de Blasio said Monday.

“We have megasites like Citi Field and Yankee Stadium ready to go,” the Democratic mayor said at his daily coronavirus briefing. “We want to get those to be full-blown, 24-hour operations but we don’t have the vaccine.”

City officials had set a goal of 300,000 vaccine doses last week but were only able to give 200,000 shots because of a lack of supply, de Blasio said as he urged President Joe Biden’s administration to use the Defense Production Act to spur vaccine production.

“Here you have New York City ready to vaccinate at the rate of a half million New Yorkers a week but we don’t have the vaccine to go with it,” de Blasio said. “A lot of other places in the country are ready to do so much more. We need our federal government to lead the way.”

De Blasio said it will be “a game changer” if U.S. officials approve the Johnson & Johnson vaccine for emergency use because that vaccine requires just one dose, unlike the two vaccines that have been approved in the United States. The Moderna and Pfizer vaccines each require two doses, several weeks apart, for optimal effectiveness.

De Blasio said the city had 19,000 doses designated as first doses on hand as of Monday and expected to receive 107,000 more in the next few days — not nearly enough to supply all of the city’s planned vaccination sites.

He said 628,831 doses have been administered in the city since the beginning of the vaccination effort last month.