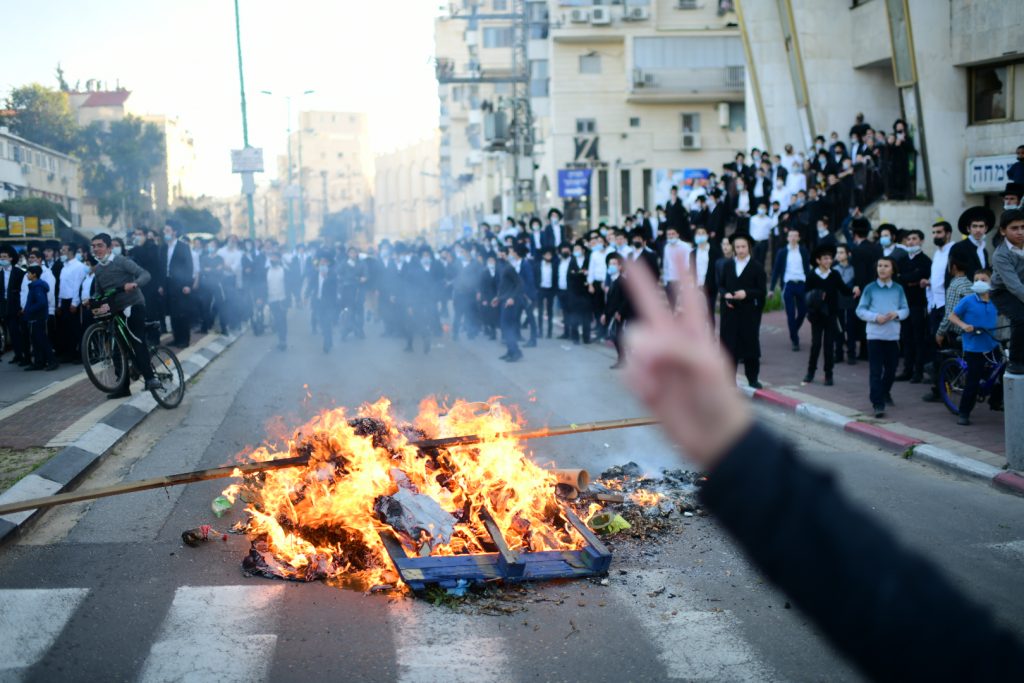 “What you see in recent days is not the real Bnei Brak, do not turn all of Bnei Brak into a battlefield,” the chairman of the Knesset’s Constitution Committee, MK Rabbi Yaakov Asher, said Monday at the beginning of the committee’s discussion when referring to recent events in Bnei Brak.

Rabbi Asher, who previously served as mayor of Bnei Brak, opened the discussion with reference to events in the city: “What we see in recent days is not Bnei Brak, it is not the character of its residents. This is a great and important city, whose absolute majority of inhabitants are upstanding people, observant of Torah and mitzvos and observant of law and order.

“A pressure cooker has been created here that also comes, to my regret, from media pressure that constantly puts us – the chareidim – in the headlines, and a certain group that sees this is trying to make its mark, whether these are groups that want to stir the city or youth groups and fringe groups who do not even live in the city.”

Rabbi Asher added: “I call on the police not to turn all of Bnei Brak into a battlefield. We must work with logic, moderation and common sense and deal with point violations. Bnei Brak has become a battlefield of explosions at night, which I have never seen before.”

He said: “For many years the relationship between the municipality, the public leaders and the police was a symbol and example of cooperation. During my tenure I established a police station in the heart of Bnei Brak, and we knew how to argue and cooperate. We need to convene a joint meeting with the municipality today and return Bnei Brak to the glory it has been for many years. ”

Referring to allegations of violations of the coronavirus restrictions, Rabbi Asher said: “Of all the incidents from Thursday to date, none of which have been related to the violations, there has been no confrontation within a yeshivah or school. All the mosdos in the city are closed. Yesterday there was a demonstration by a certain faction about something that happened in Ashdod, and curious spectators came and from there we saw a policeman who shot a bullet in the air. This is incomprehensible.

“It is outrageous for 400 border police to enter the city to look for four suspects [wanted for violence]. There are more sophisticated and precise ways to locate suspects. I do not want to consider the past but to look ahead. I am sure that the municipality wants to work with the police and that life can return to normal.”

On Sunday night, after the brutal police violence against the chareidi public during the day and last weekend, chareidi Knesset members, ministers and deputy ministers gathered to protest and convey a message to Prime Minister Binyamin Netanyahu – that they don’t stand for violence on the side of the residents, but that they protest the overuse of violence by police.

All the speakers condemned the violence of the fringe residents, but also condemned the unneeded brute force used by the police, including stun grenades, and called for the calming of the events in this complicated period.