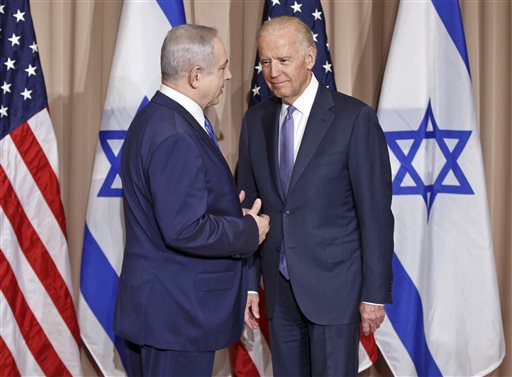 President Joe Biden is hoping to start direct dialogue with Iran, after President Trump ended the United States’ participation in the 2015 nuclear deal. His administration would use a European country as mediators, Times of Israel reported.

An official said, “there will be a new approach that seeks to reassert U.S. deterrence in the region and create a solution to the conflict with Tehran.”

The official added that the United States would be taking the needs of its Middle eastern allies, primarily Israel and the Gulf states, into consideration.

The Biden administration reportedly had already reached out to Teheran to discuss returning to a deal based on the 2015 nuclear framework, and Israel was kept updated on the situation.

During his campaign, Biden said he would seek to return to a deal with Iran, albeit one with harsher penalties and stricter guidelines than the 2015 agreement forged under former president Barack Obama.

Trump pulled out of the agreement in 2018, and reinstated sanctions on Iran. In response, Iran did not honor its end of the deal and began to enrich uranium by 20%.

If there is to be a return to the Joint Comprehensive Plan of Action (JCPA) Israel would push for new limitations on Iran’s ability to manufacture ballistic missiles and to hold Iran to accountable for its funding of terrorist organizations throughout the globe.

Mossad chief Yossi Cohen is expected to travel to Washington in the next few weeks to discuss the Iran deal with Biden and the CIA. Cohen would be the first Israeli official to meet the newly-inaugurated president.