National National Guard to Stay in Washington Through March
National 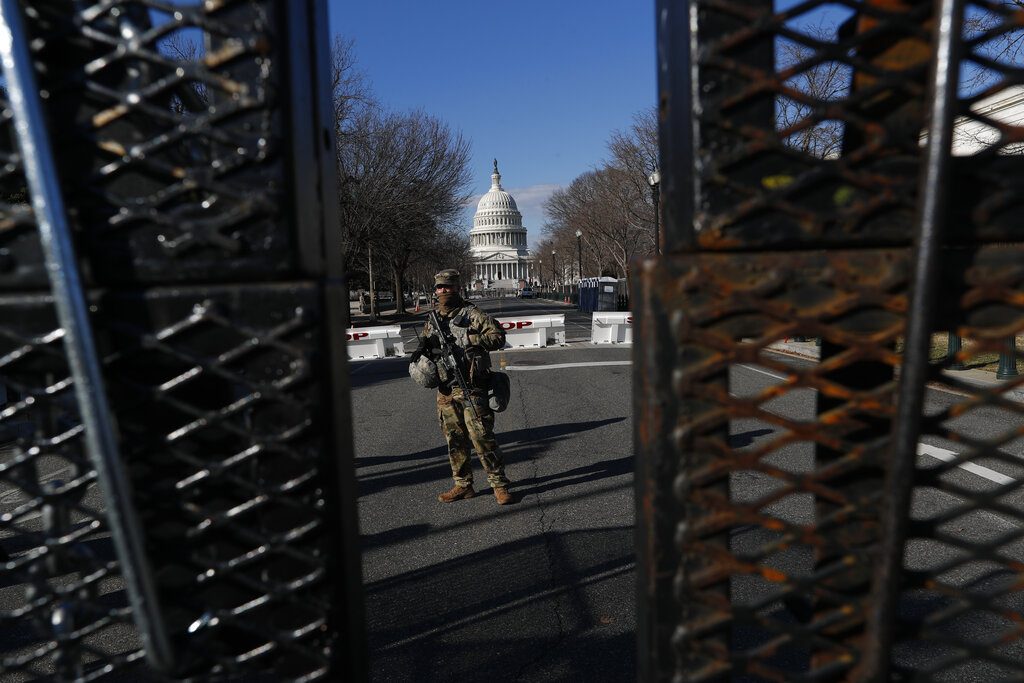 As many as 5,000 servicemembers of the National Guard are expected to stay in Washington, DC for several more weeks.

Several thousand National Guard members would stay as the Impeachment trial runs, from February 8th through mid-March. They would be staying on a volunteer basis, with 7,000 in the nation’s capital in February and 5,000 staying into March, to provide “riot security.”

“We are not going to allow any surprises again,” one Guard member told Polticio, referring to the mob that stormed the Capitol on January 6th and left five dead, including a police officer who was beaten to death by the mob.

A bipartisan group of politicians has demanded a formal investigation into Capitol security failures that allowed the mob to gain access so easily.

For the Inauguration, 25,000 troops were stationed in DC to ensure a peaceful ceremony for President Joe Biden and Vice-President Kamala Harris.

Though there have been no specific threats made, officials are concerned by online discussion by extremist groups about action taking place on March 4th.

Troops are frustrated by lack of direction and haphazard shelter and food; at least 200 Guardsmen have tested positive for coronavirus.

“We essentially invaded and occupied a city,” a National Guard said. “It was certainly an experience I didn’t think I’d have in an American city, much less the capital.”