Israel MDA: Woman Died in Ambulance When Hospitals Refused to Take Her
CoronavirusIsrael 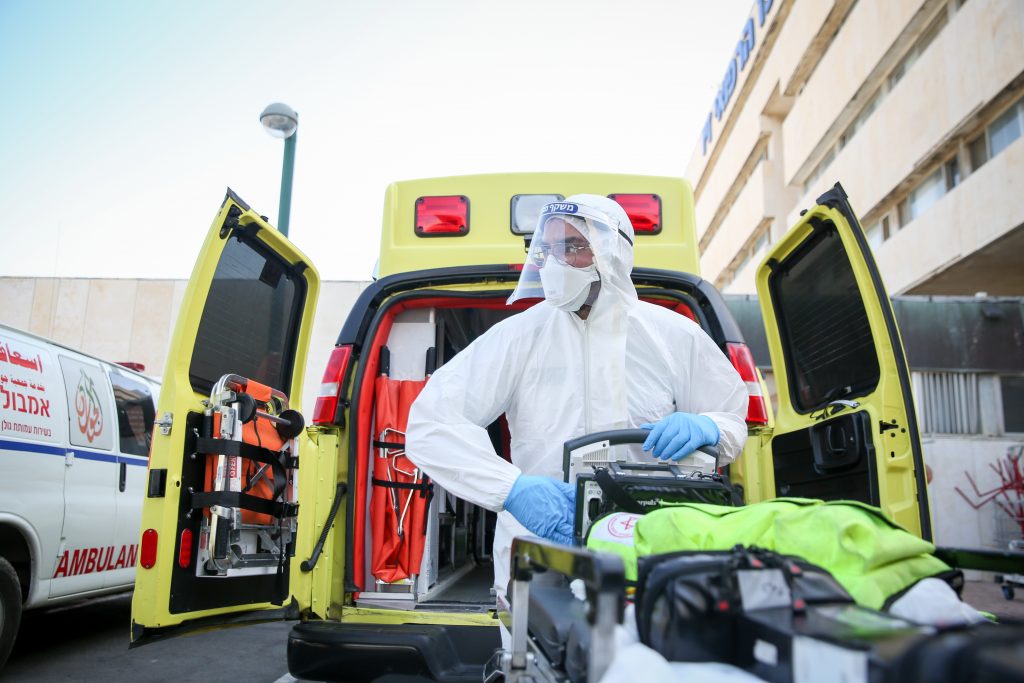 The head of Magen Dovid Adom stated on Sunday that a patient died in an ambulance because hospitals refused to receive her for treatment.

MDA commissioner Eli Bin told Army Radio that “patients wait for hours in ambulances. Today a patient from a nursing home died in an ambulance because hospitals did not want to receive her.”

He said it was an elderly woman with COVID-19 who was suffering from respiratory complications. No hospital in the entire Yerushalayim area agreed to accept her, saying they had no vacancy.

At one point the ambulance crew inserted a device to help with respiration into the trachea; her condition deteriorated rapidly and her death was pronounced shortly thereafter.

Arutz Sheva said that ambulance drivers have confirmed the situation. “The hospitals in Yerushalayim have asked not to take in any new COVID-19 patients and we are being asked to transport patients to central Israel. This causes a lot of congestion because many vehicles are tied up in transport as opposed to response,” they were quoted as saying.

Last week, the heads of seven hospitals in the country warned that they would have to begin refusing patients whose lives were not in danger, due to the government’s failure to provide adequate funding for hospital beds.