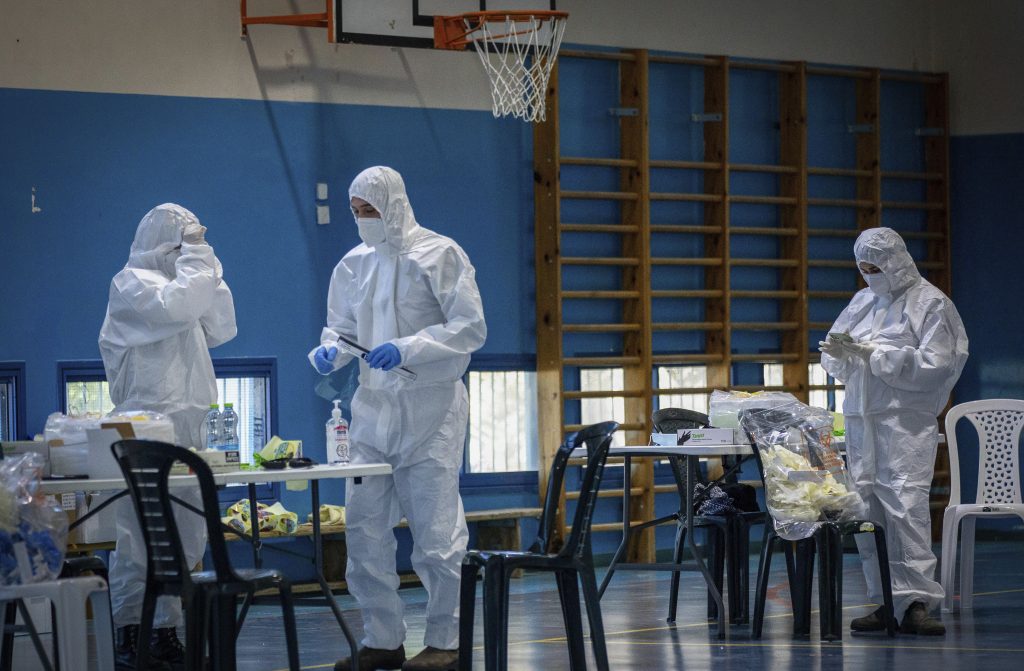 Since the start of the coronavirus pandemic, the prevailing belief was that children are less likely to contract the virus, and if they do, rarely suffer serious cases of the virus. However, as of Friday, four infants and toddlers were hospitalized in a newly opened intensive care unit for children at Hadassah Ein Karem Medical Center.

Since the beginning of 2021, 51,218 cases were confirmed in patients under the age of 18 – an increase from the approximately 34,000 cases during the second wave of the virus and 93 times the number recorded during the first wave.

Since the beginning of January, 138 children have been hospitalized, nine of them in serious or critical condition.

Health officials say they are unable to explain the rise in cases in young patients, but think it may be attributed to the new variants of the virus now spreading quickly among the population.

Coronavirus commissioner Prof. Nachman Ash said he believes the spread of the new variants is behind the worrying rise. “Reports out of Britain indicate more cases among children and I think we may be seeing the same here,” he said, adding that he sees no other possible explanation.

“The British variant is more contagious,” he said. “Now, with this variant increases the chances of children contracting the virus, but it is still just a hypothesis.”

1,228 of current patients are in serious condition, with 316 intubated.

Health officials warned that if morbidity continued to spread the lockdown 1 may have to be extended past its expiry date next Sunday at midnight.