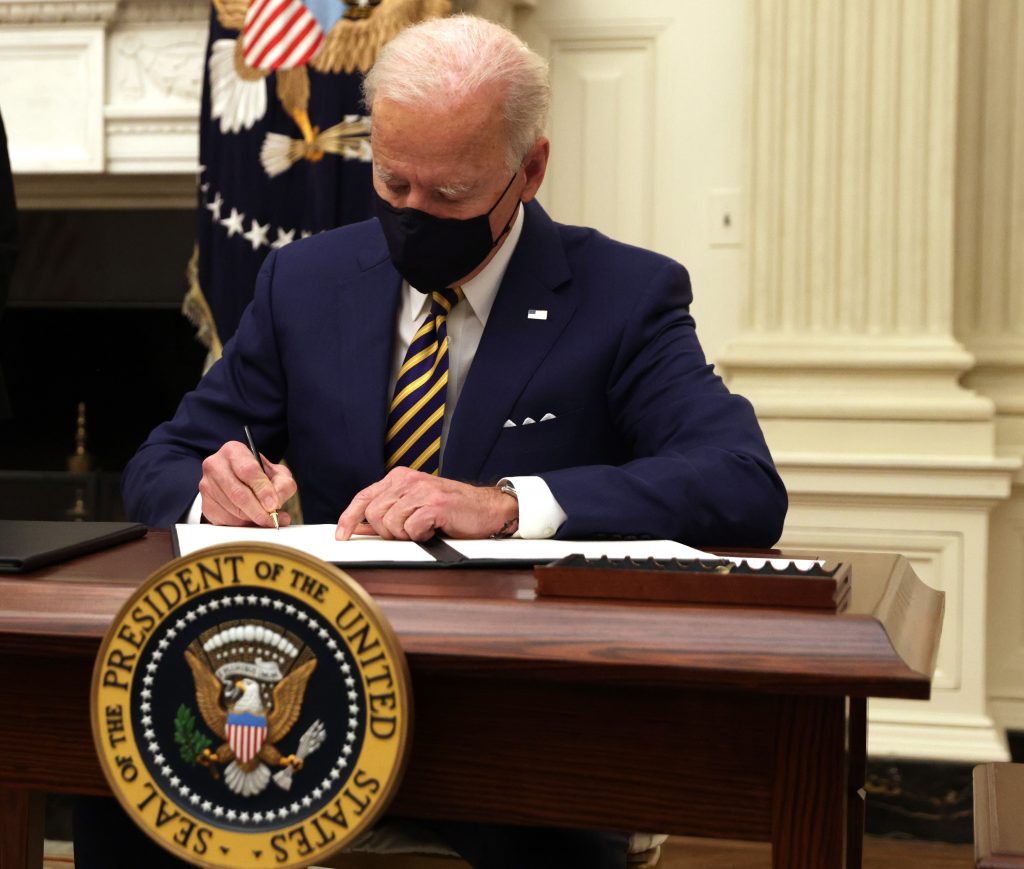 He reversed Donald Trump’s policy of excluding unauthorized immigrants from the Census count used to carve up the country into congressional districts.

Texas has almost 2 million such residents out of nearly 30 million – enough extra people to bring billions in federal largesse over the next decade, and add considerably to its clout in the U.S. House.

“Don’t get me wrong, I support President Trump and I appreciate what he was trying to do, but this is good for Texas,” said state Rep. Phil King, a Republican from Weatherford who chaired the redistricting committee the last two years. “It probably means the difference between getting one and three new congressional seats.”

Biden’s new policy isn’t just a gift for Texas. It’s a gift especially for Texas Republicans, since they control the Legislature and governor’s mansion, and wield the knife that cuts the growing pie.

“Whatever party’s in power maximizes the number of seats for the party,” Potter said. Under Trump’s proposal, “We definitely wouldn’t have gotten three. Maybe as few as one. It would certainly have diluted our representation.”

With all immigrants included, Texas is almost certain to end up with 39, maybe even 40 seats in the U.S. House starting in the 2022 elections. That’s up from the 36 it’s had the last decade, behind only California.

The Census Bureau plans to release the official 2020 population count March 6, somewhat later than usual due to pandemic-related delays.

The latest estimate for Texas is about 29.5 million. The Pew Research Center and others have pegged the number of unauthorized immigrants at around 1.7 million – nearly 6% of the state, a huge swing.

It’s not just the raw number of seats Texas stands to gain under Biden’s policy. It’s where.

The unauthorized immigrant populations are concentrated in Dallas and Houston, Potter said. So, those cities would have lost clout in Congress relative to other regions under Trump’s plan.

State Rep. Rafael Anchia, a Dallas Democrat who chairs the Mexican American Legislative Caucus, noted that Dallas is the nation’s biggest metropolitan area that has never sent a Latino to Congress.

The pressure for that to change in this round of redistricting will be intense, though he’s pessimistic about Republicans ceding any turf, even though Latinos account for two-thirds of Texas’ growth.

“They got away with it” a decade ago, he said, recalling a gerrymander that yielded gains only for Republicans. “So I suspect that whatever the net increase in seats, they’ll all be Republican.”

Republicans collected 52% of votes statewide in November. But thanks to the way the boundaries are drawn, they hold 23 of 36 seats. (In states controlled by Democrats, the ratios are similar.)

The most dramatic population growth has been in suburban counties – Collin, north of Dallas, William, outside Austin, and Fort Bend and Montgomery outside Houston.

“But that doesn’t mean that’s necessarily where districts would be,” said state Sen. Joan Huffman, R-Houston, chair of the Senate redistricting committee.

In South Texas, District 34, a thin strip that starts in Brownsville and ends nearly 300 miles north, has barely grown since 2010. Its population of about 713,000 ranks dead last among Texas congressional districts.

Compare that to the explosive growth in Houston and Dallas exurbs.

Just west of Houston in Fort Bend County, District 22, with about 961,000 residents, is the most overpopulated in the country.

Two other Texas districts in the top 10 nationwide also top 900,000: the Denton-based 26th, held by Rep. Michael Burgess, R-Pilot Point, and the 10th, which runs from Austin to Houston.

King noted that West Texas and East Texas, outside the Dallas-Houston-San Antonio triangle, have been relatively stagnant.

“The seats are going to be where the population growth is,” he said.

According to the 14th Amendment to the Constitution, “Representatives shall be apportioned among the several states according to their respective numbers, counting the whole number of persons in each state.”

Last July, President Donald Trump ordered an unprecedented change, decreeing that unauthorized immigrants would be excluded. Three lower courts ruled the memo unlawful or unconstitutional. In an unsigned ruling in December, the U.S. Supreme Court said it was premature to issue a final ruling because none of the states and interest groups that challenged the memo had yet been harmed.

At oral arguments 18 days earlier, the Trump administration’s acting Solicitor General Jeffrey Wall, told the high court that “career officials at the Census Bureau still don’t know even roughly how many illegal aliens it’ll be able to identify, let alone how their number and geographic concentration might affect apportionment.”

That was one of the challenges all along. The Census doesn’t ask about immigration status, so other methods had to be found to identify and subtract from the tally.

Biden’s order made it all moot.

He directed the Census Bureau to include every person in the United States in the count, noting that at “no point since our Nation’s founding has a person’s immigration status alone served as a basis for excluding that person from the total population count used in apportionment.”

At the ACLU, which represented a coalition of immigrant rights groups fighting Trump’s order, Dale Ho, director of the ACLU’s Voting Rights Project said Biden’s action “closes the book on the Trump administration’s attempts to manipulate the census for political gain. The Constitution couldn’t be clearer — everyone in America counts.”

Immigration hardliners were miffed, though.

Rep. James Comer of Kentucky, the senior Republican on the House oversight committee, blasted Biden’s order as a move that would “dilute Americans’ representation in Congress.”

King declined to speculate on the fair or likely division of seats post-redistricting.

“Until we get hard numbers we can’t really start drawing maps,” she said, declining to weigh in on the wisdom of Trump’s policy or its undoing. “I understand the arguments on both sides…. President Biden has made that decision and I will respectfully work under the numbers that are given to me.”

As of last July, Pew estimated that Texas would gain two seats without, or three seats with, unauthorized immigrants included.

After the first 50 seats are assigned, one per state, the rest are distributed based on population using the “Method of Equal Proportions” to rank and assign seats based on state populations.

As big as the variation within Texas, it’s bigger nationwide, since districts can’t cross state lines.

Montana – one of seven states so sparsely populated they get only one at-large seat – has about 1,077,000 residents.

In Rhode Island, which barely made the cut for a second district a decade ago, each has just 530,000 people; per capita, those voters have nearly twice the clout as Montana’s.

This time around, Rhode Island is likely to lose that second seat. Montana is poised to pick up a second seat, with just 8,000 people to spare, according to a Dec. 22 analysis from Election Data Services based on Census estimates from last spring.

The only state closer to the cusp is Alabama, which is likely to go from seven seats to six – explaining why the state sided with Trump in federal court over his bid to exclude unauthorized immigrants.

Alabama could miss the cut by just 6,200 residents, though it’s in competition with New York. New York stands to lose at least one seat and, depending on the final count, could lose two.