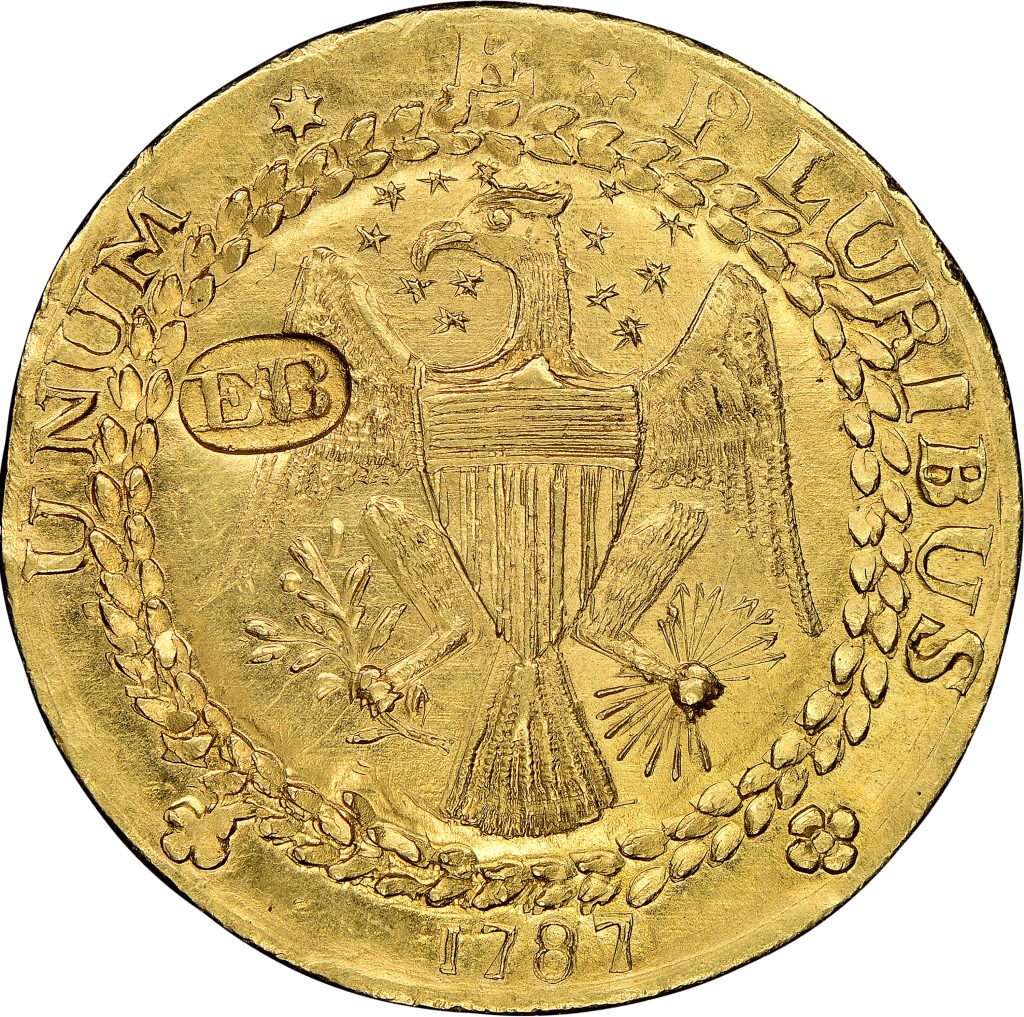 A rare gold coin made by a noted craftsman in New York in 1787 has sold at auction in Dallas for $9.36 million.

Heritage Auctions offered the New York-style Brasher Doubloon on Thursday evening as part of an auction of U.S. coins. Heritage said the sale is the most ever paid for a gold coin at auction and the buyer wished to remain anonymous.

“The Brasher Doubloons, for coin collectors, coin connoisseurs, this is … the one piece that is the most famous and the most desired coin,” said Todd Imhof, Heritage’s executive vice president.

Of the seven such coins known to exist, the one sold Thursday was the “finest quality,” Imhof said. It came from the collection of the late New York businessman Donald G. Partrick, who purchased it in 1979 for $725,000.

The U.S. Mint didn’t begin releasing coins until 1793. Before that, the coins circulating were colonial, from private minters or foreign, Imhof said.

Ephraim Brasher, a New York gold and silversmith known for producing high quality items, made the Brasher Doubloons, Imhof said. He said elements featured on the coins, including an eagle, became part of the nation’s coins.

“I think these coins are generally considered to have been sort of prototypes, experimental pieces if you will, and were likely given to VIPs and dignitaries at the time,” Imhof said.