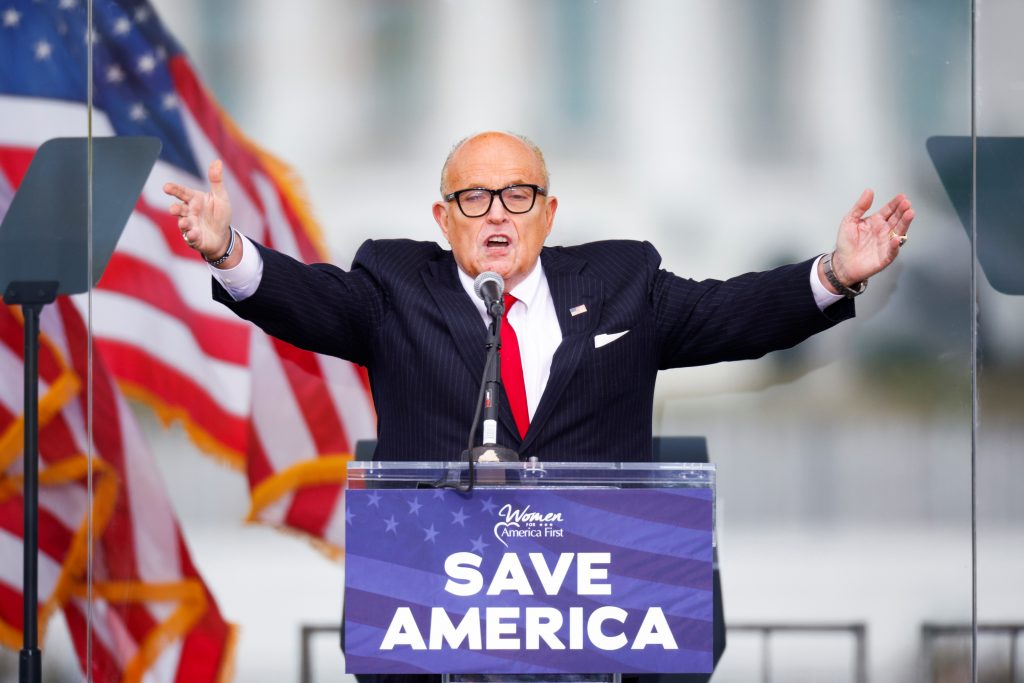 A lawyers’ group filed an ethics complaint against Rudy Giuliani with New York’s courts, calling for him to be investigated and his law license suspended over his work promoting former President Donald Trump’s allegations over the 2020 election.

Lawyers Defending American Democracy, which includes former judges and federal attorneys among its members, sent the complaint on Wednesday to the Attorney Grievance Committee of the state’s court system saying Giuliani had violated the rules of professional conduct.

“Giuliani has spearheaded a nationwide public campaign to convince the public and the courts of massive voter fraud and a stolen presidential election,” the complaint said.

The complaint called for the committee to investigate Giuliani’s conduct, including his comments at a rally before rioters stormed into the U.S. Capitol, and to suspend his law license immediately while any investigation is being done.

A message was left with the committee seeking comment. An investigation would be the first step in a process that could lead to a disbarment.

Another complaint against Giuliani was filed earlier in January by New York state Sen. Brad Hoylman, a Democrat, who asked that disbarring Giuliani be taken up for consideration.

The New York State Bar Association separately has opened an inquiry into whether he should be expelled from that organization, which is a voluntary membership organization.

An email seeking comment was sent to Giuliani’s representative.

The New York Times reported that on his radio show on Thursday, Giuliani said “the whole purpose of this is to disbar me from my exercising my right of free speech and defending my client, because they can’t fathom the fact that maybe, just maybe, they may be wrong.”