World Saudi Minister Optimistic That Ties With U.S Will Be ‘Excellent’ under Biden
World 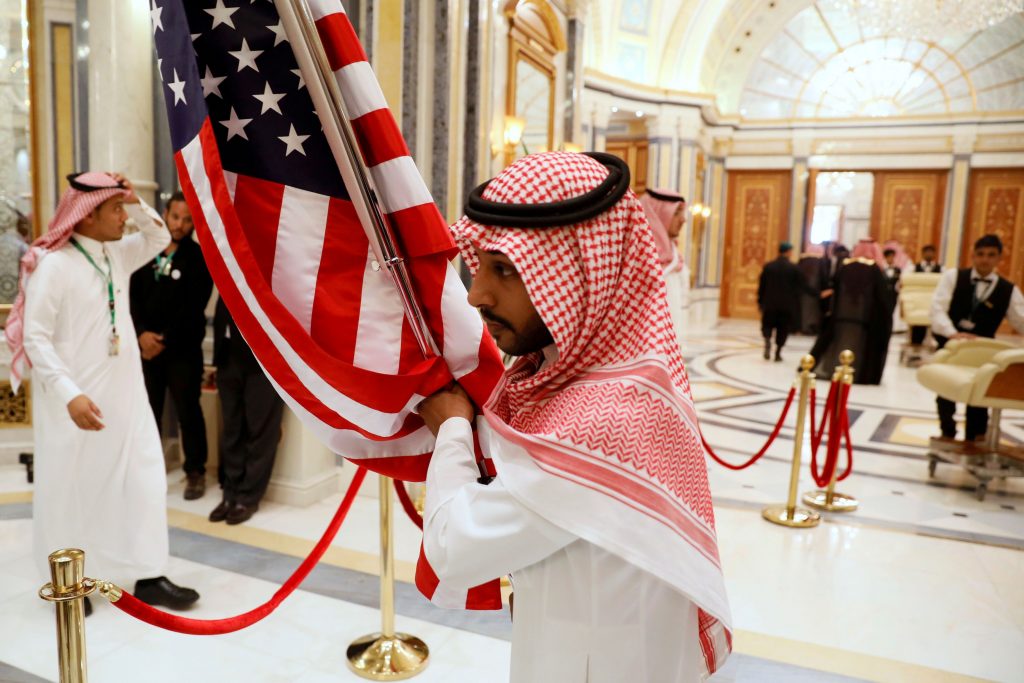 The appointments made by Biden show “understanding of the common issues” by the new U.S. administration, the minister added, according to Twitter posts by the Saudi-owned, Dubai-based TV channel.

Within the span of a few weeks, the kingdom announced an Arab deal to reconcile with Qatar, voluntary cuts to Saudi crude output to help stabilise markets and new momentum on an economic diversification plan that stumbled due to political controversy, low oil prices and COVID-19.

Saudi Crown Prince Mohammed bin Salman’s diplomatic and economic moves, diplomats say, are aimed at showing the new U.S. president he is a valuable partner who can get things done.

Whether behind the scenes or front and centre chairing a Gulf summit for the first time, the young prince, known as MbS, is moving to present an image as a reliable statesman and set a pragmatic tone with a less accommodating Biden administration, especially on foe Iran, three foreign diplomats said.

The Saudi government’s media office did not immediately respond to a Reuters request for comment.

Prince Mohammed’s initial image as a bold reformer was battered by the 2018 murder of Washington Post columnist Jamal Khashoggi at the hands of Saudi agents seen as close to MbS, and moves to crush dissent and sideline royal rivals. He denies ordering Khashoggi’s killing while saying he ultimately bore responsibility as it happened under his watch.

The kingdom’s de facto ruler knows “a new era has started” without the buffer granted by President Donald Trump and that Riyadh needs to make some concessions on contentious issues like human rights in order to push for priorities like the Iran nuclear accord (JCPOA), a Western diplomat in the region said.

President-elect Joe Biden, who is expected to re-engage with Iran, has said he would take a firmer stand on Saudi’s human rights record and the Yemen war.

Saudi Foreign Minister Faisal bin Farhan told CNBC in November that Riyadh wants to partner with the Biden administration on a potential new nuclear pact which he said could be labeled “JCPOA++”, to include Iran’s ballistic missiles and “malign activity”.

Saudi Arabia does not want the 2015 deal back on the table, the diplomat said, adding that recent positive gestures by Riyadh appeared to be related to the change of administration in Washington.

He said that included recent sentences handed by Saudi courts for a prominent women’s rights activist and a U.S.-Saudi physician, with the convictions signalling Riyadh would brook no dissent while reduced jail terms served as a nod to Washington.

Another foreign diplomat said Riyadh’s nervousness over Biden’s Iran policy was one reason it lobbied the Trump administration to blacklist Yemen’s Iran-aligned Houthi group, which has launched cross-border attacks on Saudi Arabia.

Prince Mohammed was keen to impose some rules for addressing the Iran question and Yemen while also presenting Saudi Arabia as a high profile member of the global community that should be defended, the diplomat said.

Riyadh welcomed the Houthi designation as a foreign terrorist group, saying this would “neutralise” a threat posed by the Houthis by depriving them of arms and funds and bringing them back to the negotiating table.

U.N. officials warned that the designation, which takes effect on Jan. 19, may push Yemen into a large-scale famine and urged Biden to revoke it.

Saudi Arabia and its Gulf allies, concerned about Iran’s missiles and regional proxies, supported Trump’s maximum pressure campaign on Tehran and hailed his decision in 2018 to quit “a flawed” international nuclear deal. They have stressed that this time, they should be part of any talks.

The Sunni Muslim kingdom has been locked in a decades long rivalry with Shi’ite Iran for regional influence that has shaped conflicts in Yemen, Iraq, Syria and Lebanon.