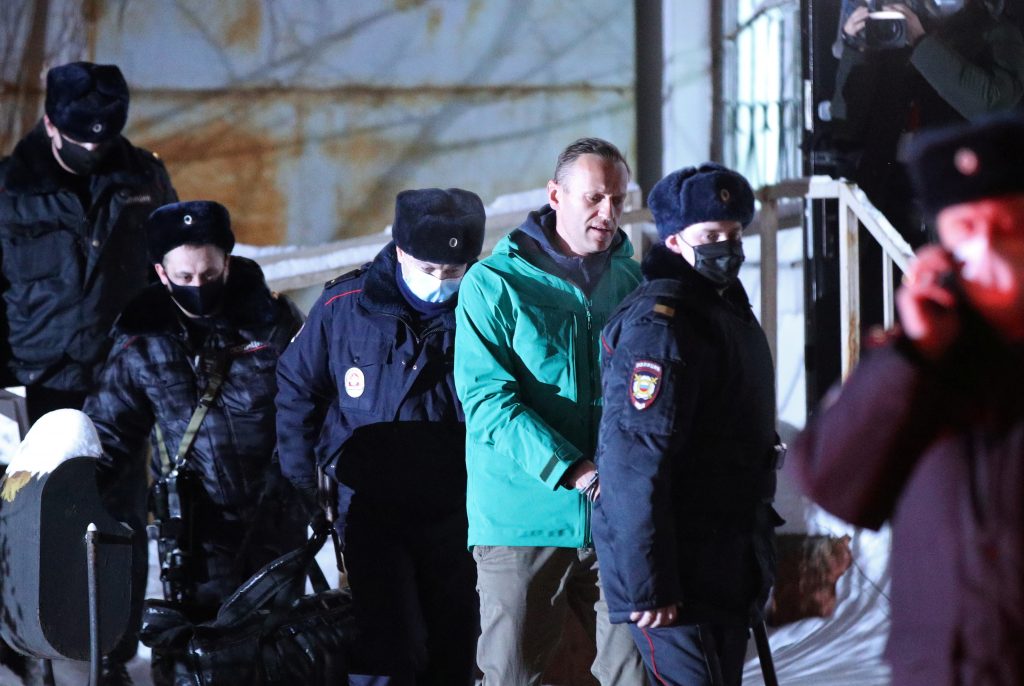 Russia detained two allies of jailed Kremlin critic Alexei Navalny on Thursday and threatened to prosecute others over calls made online to join unauthorised protests to demand his release.

Navalny, President Vladimir Putin’s most prominent critic, was detained at the weekend and later jailed for alleged parole violations after flying back to Russia for the first time since being poisoned by a military-grade nerve agent.

He accuses Putin of ordering his murder, which the Kremlin denies. His supporters have called for nationwide protests on Saturday, hoping to pressure the Kremlin into letting him walk free ahead of parliamentary elections in September.

In Brussels, responding to Navalny’s arrest, European Union lawmakers called for the bloc to stop the completion of the Nord Stream 2 gas pipeline to take Russian natural gas to Europe.

Navalny’s domestic allies said police had come to the homes of activists, including his spokeswoman Kira Yarmysh, to issue them warnings ahead of the planned protest.

“The police has started forcing open the door and are saying: come out, you’re coming out on Saturday anyway and we’re going to detain you,” Yarmysh wrote on Twitter.

Vladlen Los, a Belarusian lawyer for Navalny’s group, said he had been detained and told to leave the country by Monday and barred from re-entering until November 2023.

Police also detained Navalny ally Lyubov Sobol, her lawyer said. She had urged people to take part in the protest, though the reason for her detention was not immediately clear.

Authorities have said the planned rallies are illegal and that people who make such calls would be held to account.

Communications watchdog Roskomnadzor said it would seek to fine social media platforms for what it said was illegal content urging minors to take part in illegal protests.